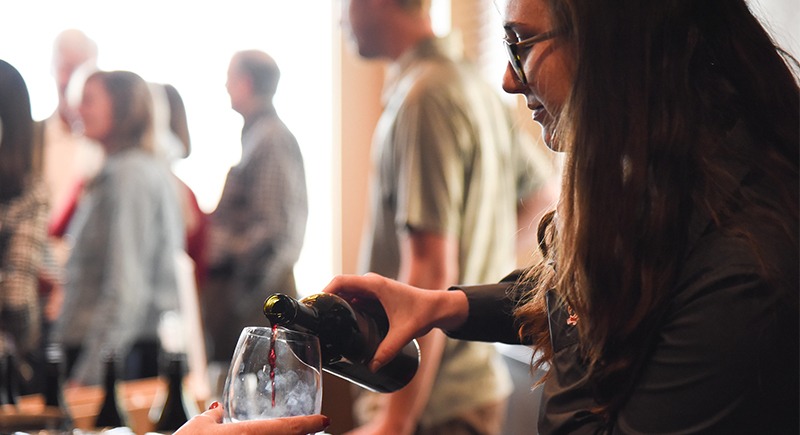 RICHLAND, Wash. – When Madeleine Higgins was trying to pay the rent in New York as a struggling fashion writer, she never dreamed that one day she would be interning in a custom-crush facility in Walla Walla, Wash., learning to make wine as a top-student in WSU’s viticulture and enology program and garnering national distinction. 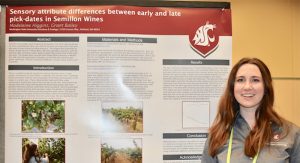 A Los Angeles native who grew up in Seattle, Higgins attended Loyola Marymount where she majored in Psychology, minored in English, and sold shoes part time to foot the bills. After graduating in 2013, Higgins landed a job in New York writing for Condé Nast’s Footwear News, though she quickly found herself living in an unsustainable situation.

“I wasn’t surviving in New York,” she said. “I couldn’t afford to eat.”

It was when her mother was diagnosed with breast cancer that Madeleine finally said goodbye to New York and returned to Seattle to be with family. As her mother recovered, Higgins started selling shoes again, helping out where she could.

“It was during this time I realized that writing wasn’t going to happen for me,” she said. “I don’t think I had enough passion to move through the difficulty of getting started. That’s when a chance encounter changed everything.”

A winery tour that changed everything

Higgins said she had a family friend who worked for Chateau Ste. Michelle, and that hearing someone from the industry talk about wine was very interesting. The conversation led to a private tour of the Woodinville, Wash. winemaking facility.

“I was really inspired by that particular tour,” she said.

In researching winemaking as a career, she was immediately drawn to WSU’s viticulture and enology program. But it was still a big decision. Then her mother gave her the push she needed.

Empowered by her mother’s courage and triumph, Madeleine moved to the Tri-Cities and started classes in 2016, ready for the challenge.

“I can say that I have always worked hard, and in my family—we’re Irish—hard work is one of our things,” she said. 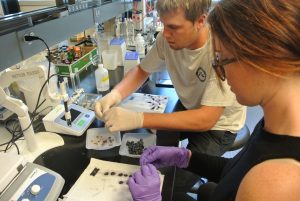 Then this spring, she was named Wine Spectator Student of the Year, an accolade that comes with a $15,000 scholarship from the magazine’s scholarship foundation.

The honor, Higgins said, validates all the 5 a.m. routines of checking Brix, the grapes’ sugar content, in Walla Walla that turned into late nights at the Ste. Michelle Wine Estates WSU Wine Science Center studying phenolic compound structures, in addition to all the weeks of research with no days off in between her internship and school commitments.

But above all, she said the recognition told her that all her hard work and leap into a new life was worth it.

Looking back, she credits the program’s faculty for what she has accomplished.

“They are incredibly supportive,” she said. “At WSU, I have access to some of the most important wine researchers in the world.” 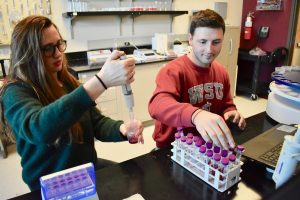 Many aspects of her life are now coming full circle, she said. Having once written for a magazine, she is now being honored by one. And after completing her internship in Napa Valley this summer, she plans on traveling to New Zealand.

“The same family friend who first introduced me to wine has a daughter there and a lot of wine connections,” she said.

In New Zealand, she said she wants to learn by comparison.

“The only way for me to make an impact is to learn what other wine regions are like,” she said.

But ultimately, she intends on making that impact at home.

“Washington is a really innovative place for wine making, she added. “Someone told me it’s the ‘rock and roll of wine.’ I love the idea of being a part of that.”

Learn more about WSU’s Viticulture and Enology Program at wine.wsu.edu.