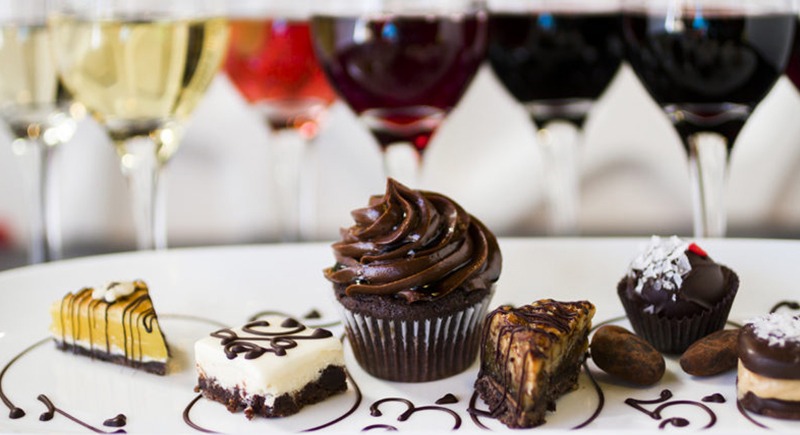 RICHLAND, Wash. – Few gifts say Happy Valentine’s Day better than wine and chocolate. These time-honored hallmarks of affection are among the most popular and beloved Valentine’s traditions. But exactly what makes them so desirable, so delicious, has long remained a mystery.

Now, a pair of WSU researchers is shedding new light on the science behind why we love these icons of conviviality and love.

The Ste. Michelle Wine Estates WSU Wine Science Center in Richland, Washington, is home to a team of world-renowned viticulture and enologists, specialists in the sciences of grape growing and winemaking. Among them is associate professor of enology Jim Harbertson, whose work is breaking new ground in understanding the sensory properties of wine.

Winemakers have long viewed grape maturity as one of the key influencers on all sensory aspects of their wines — from flavor and aroma, to mouthfeel and color. But Harbertson and a team of scientists from New Zealand and California have been studying various maturity stages in Washington state Merlot grapes and have found that “ethanol concentrations” outweigh fruit maturity when it comes to influencing sensory properties.

“It’s not just the fruit,” says Harbertson. “It’s the alcohol.”

While this may seem intuitive to any wine enthusiast, it’s a significant breakthrough in wine science. In fact, their study — first published in 2017 — was recently awarded “Best Paper” by the American Society for Enology and Viticulture.

And while you’re considering whether to pair a bar of milk or dark chocolate with your Valentine bottle of Washington wine, Omar Cornejo is considering the evolutionary process that gave us Theobroma cacao, “food of the gods,” the forebear to chocolate as we know it and love it today.

A population geneticist in the WSU School of Biological Sciences, Cornejo is the lead author on a study that analyzed the genomes of 200 cacao plants to better understand when cacao was domesticated.

Cacao originates in the Amazon jungle, where it is thought to have diverged from its common ancestor around 10 million years ago. According to Cornejo’s study, domestication started approximately 3,600 years ago. It was this process of domestication that ended up selecting for flavor, disease resistance, and the stimulant theobromine and yielding the rare and delicate Criollo cacao, “the prince of cocoas.”

How long the process took is still unclear, but Cornejo is working with other anthropology researchers to sequence samples of ancient cacao DNA in hopes of better understanding how far back we can identify some of the genetic variants we associate with modern domesticated Criollo cacao. Their insights could help identify genes behind traits that breeders can emphasize, like increased yield.

So, on this Valentine’s Day, as we celebrate friendship and love, let us take a moment to celebrate the science that helps explain the world around us, solve problems and better appreciate the things we love.