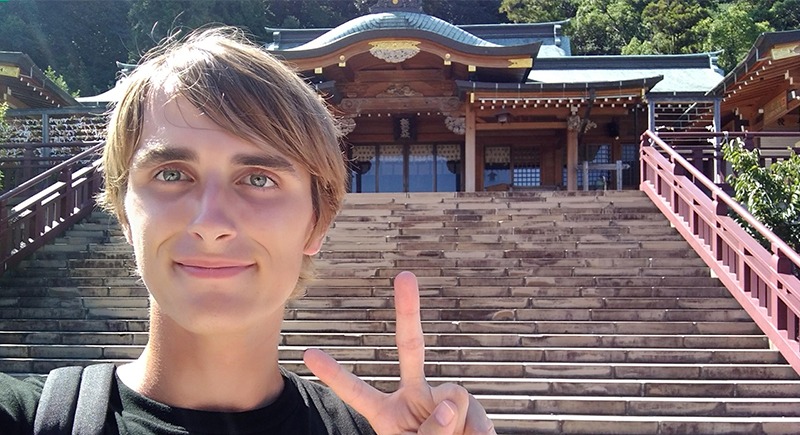 RICHLAND, Wash. – It was engineering that brought student Anthony Michel to Washington State University Tri-Cities and it was the study abroad opportunities that brought a cultural enrichment. 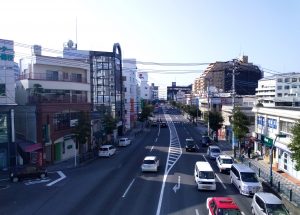 Michel, a Tri-Cities native, had studied the Japanese language and culture for several years before coming to WSU after transferring from Columbia Basin College for the engineering program. Attending WSU Tri-Cities meant he could plan his rigorous class schedule around a semester trip to Japan where he would interact with locals, improve his Japanese fluency, as well as experience new opportunities typically only offered in eastern Asia.

“Before going to Japan, I didn’t know what I wanted to do with my interest in Japanese, but after going there, I want to go back,” he said. “It was an amazing experience. I could potentially become a mechanical engineer and also apply my skills in Japan.”

While studying in Japan, Michel took more than 10 credits including courses in linguistics, Japanese, aikido, which is a form of martial arts, as well as a few others.

“All of them but one met only once a week,” he said. “Comparatively speaking, the 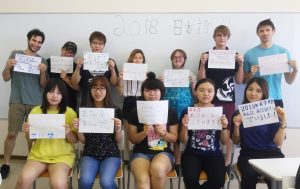 WSU Tri-Cities engineering student Anthony Michel, second from top right, poses for a photo with his classmates at university in Japan.

college that I was going to requires credits are kind of light so you can also immerse yourself into the culture. It worked well because I got to practice my Japanese while learning more about the country, itself.”

Because he was attending a school specializing in foreign language, he took courses with students from the United States, France, China and Korea. For many, the only common language among each of the students was Japanese, which meant they put their practice of the language to good use.

“It was really cool because you can’t communicate in English because most of the other people spoke other languages,” he said. “I definitely improved my Japanese while I was there.”

Michel also got to make friends with a variety of Japanese students, most of which who shared dorms with himself and his course peers.

“Most of the Japanese students there were learning English,” he said. “I was able to make some pretty good friends.”

While living in the dorms and visiting other cities in Japan, Michel learned about the Japanese style of living, which often times is smaller in scale. 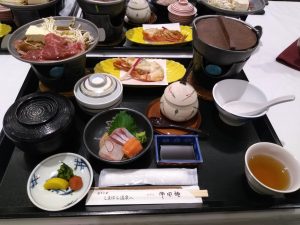 WSU Tri-Cities engineering student Anthony Michel had the opportunity to enjoy a variety of foods and enjoy visiting a variety of culture sites while studying abroad in Japan.

“Over there, everything is very compact because they are limited in many cities on space,” he said. “My dorm room was very small and the hotel rooms, especially, were really small.”

And in addition to his courses, Michel got to visit a variety of interesting places. During his first week, he and his classmates traveled from Nagasaki to Onsen, where they experienced the Obama Onsen hot spring resort, which is famous for its lengthy hot spring that participants put their feet in.

He also ventured to Sasebo, which is about 1.5 hours north by car from Nagasaki. There, he visited a military base, which offers a variety of American foods, an amusement park and a variety of Dutch-themed buildings. He also visited Fukuoka, which resides on the northern shore of Japan’s Kyushu Island, among others.

“As students of the program, we got to experience a variety of different spots meant 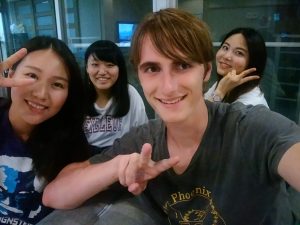 to expose new students to the country,” he said. “It was pretty great.”

Looking back on his experience, he said he would definitely recommend the opportunity to study abroad to other students.