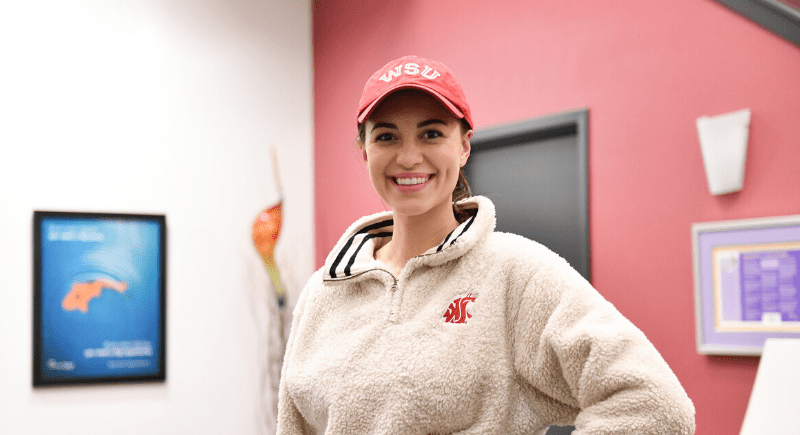 RICHLAND, Wash. – What do you give someone for Christmas that not only helped you navigate college, but gave you everything to ensure your success?

For Akanna Poor, recent Washington State University Tri-Cities alumna and first-generation graduate, the answer was simple. Give a gift that will continue to give to others – all in the name of the individuals who helped give her the best shot possible: her aunt Janelle and uncle Rich Westberg. 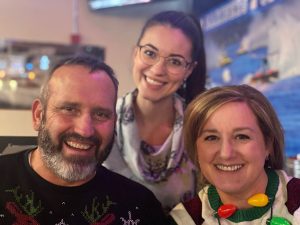 Poor is the first donor for WSU Tri-Cities’ new MOSAIC Center for Student Inclusion that was created to provide support and resources for students of every type – every race, creed, religion or circumstance. It is a place for students to come, feel accepted, understood and to have complex and even difficult conversations on a multitude of topics pertaining to culture, social issues and new ideas and thoughts.

She donated $500 to the new center because she knew it would make an extensive impact for students while living up to the legacy of her aunt and uncle’s generosity.

“It’s the reason I was able to finish my college degree,” she said. “It’s also the reason my future children will achieve their own degree.”

Poor wanted to find a way to not only honor what they had done for her, but to continue that legacy for other students who may not have that support.

“I picked the MOSAIC Center because I knew they were going to invest and be a resource for students who may not have the support, just as my aunt and uncle did for me,” she said.

Support through thick and thin

Poor said she initially wasn’t sure that she was going to attend college. Residing in what she describes as a difficult situation at the time, her aunt and uncle made an offer for her to come out and live with them and they would help her navigate the college process.

She moved from the Midwest to live with her aunt and uncle in Finley the day after she graduated from high school. They helped her get her driver’s license. They helped her buy her first car. That sat with her as she received help on the Free Application for Federal Student Aid. They provided support during difficult times and through difficult courses.

Poor began her higher education path at Columbia Basin College, and remembers that during a particularly difficult statistics exam, she felt depleted, not smart enough to continue and walked out of the exam. She called her aunt and uncle, who immediately convinced her to go back to class and finish the test.

“They told me I needed to get back in there, that I had what it took – and I did,” she said.

Next thing she knew, she had earned her associate of arts degree from CBC. She then began her studies at WSU Tri-Cities, pursuing a degree in social sciences. 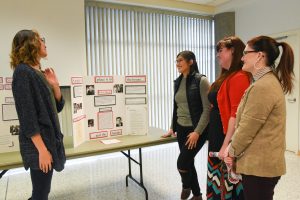 Through her courses, she found her passion for social issues. She worked with political science instructor Katie Banks to chart her own academic social science emphasis in political science, blending courses and coursework to create pathways and experiences that would increase her potential for law school admittance and social justice.

She worked with fellow student Savanna Navarro Kresse on proposing language changes to Title IX legislation at the university level. She advocated for women’s issues through a variety of events and opportunities. She also served as director of legislative affairs for the Associated Students of WSU Tri-Cities – the university’s student government.

Poor said passion for these social issues stems back to the actions of her aunt and uncle.

“It’s how they live their lives,” she said. “It’s on display every day.”

‘My Christmas and graduation gift to them’

“They cried when I gave it to them,” she said. “They loved it. They thought it was great and were super proud of me, which means so much to me. It was both my Christmas and graduation gift to them.”

After finishing her coursework this December, Poor plans to walk with her fellow WSU Tri-Cities graduates at the commencement ceremony in May, where her aunt and uncle plan on cheering her on.

“I can’t tell you how many times I’ve envisioned that moment,” she said. “Walking is a way to show them that I was worth investing in. I’m sure it will make me cry … They’re also huge Coug fans, so it’s going to be extra special because of that. They love the Cougs.”

Following graduation, Poor plans apply to law schools and pursue a career in social justice, where she hopes to draft legislation as it pertains to social issues – and most specifically, women’s issues. All, she said, will be owed to the support of the two individuals who gave her the greatest gift – her future.

“My aunt and uncle gave me such a gift – it is an example that I have established for my future kids,” she said as she teared up. “I want to continue to give back in the way that they do for so many.”