WSU researchers part of $7.6 million grant to study impact of smoke on grapes and wine 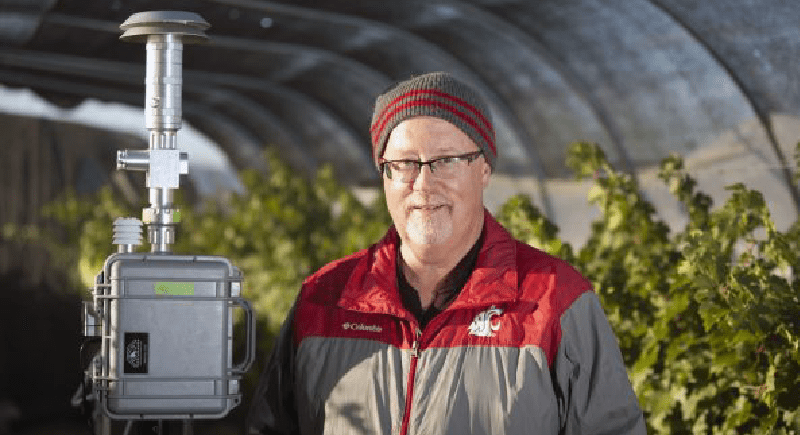 October 29, 2021 WSU researchers part of $7.6 million grant to study impact of smoke on grapes and wine

PROSSER, Wash. – Washington State University researchers are part of a team of west coast university collaborators that received a $7.6 million grant to study the impact of smoke exposure on grapes, a project that will provide critical knowledge to grape growers and winery owners in Washington severely impacted by widespread wildfire smoke in recent years. 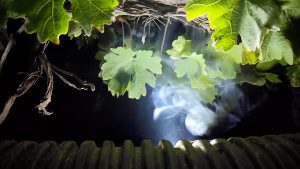 Smoke is distributed through large plastic tubes to grapevines to measure the impact of smoke exposure on grapes.

“This project really ties together our ongoing state-based research programs into a strong, coordinated effort up and down the west coast,” said Tom Collins, assistant professor at Washington State University, and on the project.

Washington is the second-largest wine producing state in the U.S., with over 1,000 wineries that produce over 17 million cases of wine each year, contributing to $8.4 billion in annual in-state economic impact, according to the Washington Wine Commission.

Grape exposure to wildfire smoke can compromise the quality and value of wine grapes, and adversely affect the final wine. Wildfire season has been especially devastating for the west coast, where California, Oregon, and Washington are three of the nation’s top four wine-producing states.

In the wake of the challenging 2020 vintage, the grape and wine industry on the west coast want to better understand how smoke density and composition impact grapes, grape vines, wine composition and sensory perception of the wine in a glass. The research team is calling this a “smoke to glass” understanding.

Goals for the grant build on work Collins has been doing this summer with WSU’s Laboratory for Atmospheric Research, such as installing low-cost sensors and sensor networks in commercial vineyards throughout central Washington, and experimenting with barrier sprays for fruit to reduce or eliminate smoke uptake into grapes.

The team of west coast researchers will work to assess the impact of smoke exposure on the health of grapes and grapevines, and how to optimize rapid small-batch fermentation to better predict what wine impacted by wildfire smoke will taste like.

Collins said in the early years, there were only three or four researchers in the U.S. working on smoke exposure. “Now we have a really substantial team to work through these challenges. This grant really brings the resources that are going to make significant headway,” he said.