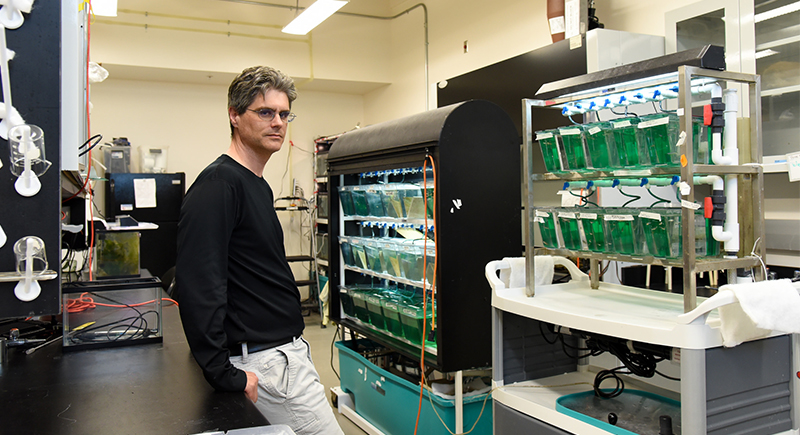 RICHLAND, Wash. – A Washington State University Tri-Cities professor aims to pinpoint underpinnings of evolutionary success by analyzing the skull morphology of a handful of fish species. 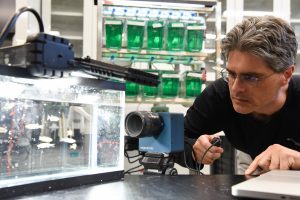 “One-third of living vertebrates belong to two fish lineages that independently evolved the ability to project their upper jaws forward from the face during feeding,” said Jim Cooper, WSU Tri-Cities assistant professor of biological sciences. “This jaw protrusion has been massively important to evolutionary success. It is one of the most useful biomechanical abilities to ever evolve.”

Cooper recently received a three-year $250,000 National Science Foundation grant to study the skull morphology of zebrafish and other closely-related fish species. He and his team are analyzing how fish change their development to invade new feeding niches, when it occurs and the overall impact of thyroid hormone on skull development. Their preliminary data demonstrates that changes in thyroid hormone levels can have pronounced effects on the development of protrusion ability, which enhance feeding mechanics among fish.

“Very little is known about the controls of cranial formation during late development, yet it is during this period that most organisms begin to remodel their bodies in ways that allow them to occupy their adult ecological niches,” he said. “What we do know is that if you have too much of the thyroid hormone, the lower jaw develops too much and the upper jaw remains normal. If you have too little thyroid hormone, the upper jaw doesn’t develop as much, but the lower jaw develops normally.”

Cooper said what they are particularly interested in is how they can tweak fish skull development to make a fish that is so biomechanically different so that it can invade another feeding niche, but not so much that their feed biomechanics are ineffective. 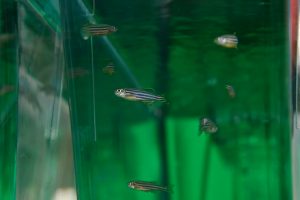 “This project has the potential to illuminate a developmental period of extreme evolutionary significance that has not yet received much investigative attention,” he said.

The research is also being performed in collaboration with a high school biology teacher and scientist who will incorporate their experiences with the research into their biology courses at a local school district. Through this, students will perform a study of fish skull development in the classroom.

Both undergraduate and graduate students are also actively involved in the research.

“This project presents not only an incredible opportunity for the examination of traits that contribute to evolutionary success, but we also have the opportunity to extend this knowledge out into the world through opportunities to partner with local teachers and by educating our future here at WSU Tri-Cities.”