Finding community on either side of the Columbia River 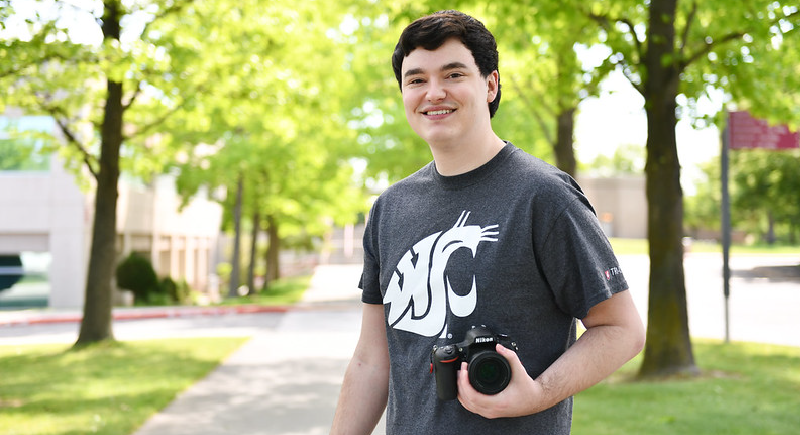 May 24, 2021 Finding community on either side of the Columbia River

RICHLAND, Wash. – When thinking about what college choice would be best for him, Hermiston native and future first-generation college student Kyle Kopta knew he wanted to stay close to home. It was a decision that would allow him to save money, but also gradually expand his network. 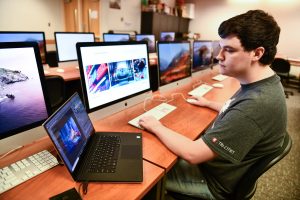 As a Hermiston High School student, he completed the first year of his associate’s degree through Blue Mountain Community College as part of the Associate of Arts Oregon Transfer Degree program, which helped him save a year on costs of tuition and provided him with gradual entry into the college setting.

“It was a perfect fit for me, as it allowed me to meet my lower division general education requirements and quickly transfer as a junior to any institution of my choosing,” he said.

While at BMCC, Kopta said he enjoyed being near family while still maintaining that hometown environment. The community aspect, he said, was one of his favorite parts.

“It had a hometown feel where everyone knew each other,” he said. “It felt like an extension of the surrounding community, rather than being separate from it.”

When deciding what four-year university he wanted to pursue, affordability and proximity to family remained primary factors, in addition to his career interest in the multimedia arts. He discovered that Washington State University Tri-Cities, located just 40 minutes from Hermiston in Richland, Washington, had a digital technology and culture program. The program would allow him to apply his passion for photography, video, graphic design and fine arts as part of a well-rounded degree that had eventual outlets for a variety of career paths.

The transfer process between the two institutions, Kopta said, was seamless. He said with his AAOT degree, everything transferred to WSU Tri-Cities without any problems.

“My experiences at BMCC laid the groundwork for helping me navigate higher education, in general,” he said. “As I moved to Washington and began my WSU Tri-Cities journey, I felt well-equipped to tackle anything that came my way.” 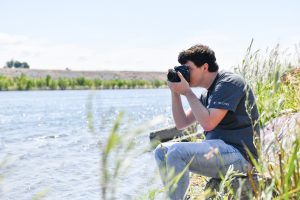 Through digital technology and culture courses at WSU Tri-Cities, Kopta learned the fundamentals of a wide variety of multimedia skills, ranging from graphic design, to video production, to sound editing, to photography, to typography and more. He said he enjoyed that the program didn’t put his passions into a single box.

At WSU Tri-Cities, Kopta became involved with a wide variety of hands-on experiences and student organizations. He helped curate student exhibits and display his own work through a variety of art shows and symposiums on-campus. He served as part of the Associated Students of WSU Tri-Cities as its graphic designer. He lent his skills in the multimedia arts as a teacher’s assistant and tutor for the campus’ digital technology and culture program, in addition to serving on the Washington State Arts Commission. He also currently serves as an intern through the WSU Tri-Cities marketing and communication office.

This spring, Kopta also had the opportunity to create and curate a virtual art exhibition that allowed users to virtually walk through a digital gallery space to view student art, just as one would during non-COVID-19 times. It is those sorts of experiences, he said, that proved to be true highlights of his college career.

“Being able to see and experience all of the work our Coug community is doing is always my favorite,” he said. “The people I am surrounded by are constantly engaging in such important and innovative work. I never know what to expect from my peers, and that’s the best part.”

Throughout his college journey, Kopta received several scholarships, including the WSU Tri-Cities Douglas P. Gast Scholarship in memory of his late digital technology and culture professor. Kopta said he was honored to receive such a significant award that honored his late professor.

This past year as part of his senior year, WSU Tri-Cities also launched the I-82 Advantage program, which now allows students from Umatilla County to attend WSU Tri-Cities for in-state tuition rates. Kopta was able to save even more on tuition.

After graduating this past spring, Kyle is staying on as a student intern through the summer in the WSU Tri-Cities marketing and communication office.

His experience both at BMCC and WSU Tri-Cities, he said, helped him not only navigate the college setting successfully, but also find his future career. As a result of his experience, he hopes to pursue a career in marketing, specifically working in higher education, where he can help other students find their future interests and careers.

“Marketing allows me to work in design, photography and video, simultaneously,” he said. “I would also love to continue working in a higher education setting. Collaborating with different groups of people on all different sorts of projects is important to me. Working at a college allows me to do just that.”

Applications are open for summer and fall 2021 at both BMCC and WSU Tri-Cities.

To apply to BMCC, visit bluecc.edu/GetStarted. To apply and/or transfer to WSU Tri-Cities, visit tricities.wsu.edu/apply.