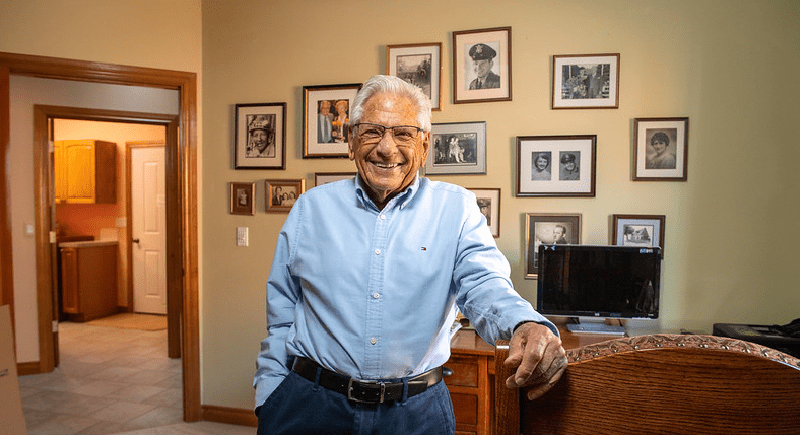 RICHLAND, Wash. – Longtime Tri-Citian Bob Ferguson, who served as the first deputy assistant secretary of nuclear programs for the U.S. Department of Energy, made a $500,000 gift to support Washington State University Tri-Cities’ first endowed faculty position in energy and environment. 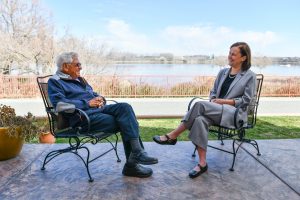 The position represents the initial step in the development of a future institute at WSU Tri-Cities. The institute will be dedicated to understanding and shaping the region’s diverse energy resources, and will directly leverage WSU’s research strengths in water resources, environment, agriculture, policy and economics.

“The professorship and institute will focus on partnerships for research in the energy industry, fostering community discussions and relationships for policy development at the state and national levels, and developing curriculum to support future workforce needs across various energy sectors,” WSU Tri-Cities Chancellor Sandra Haynes said. “We are incredibly grateful to Bob for his generous gift and its vast potential impacts for the Tri-Cities region and Washington state as a whole.”

Ferguson said the Tri-Cities region is already a leader in the energy sector, contributing de-carbonized power through nuclear, solar, wind, hydropower, and biofuels. To build on this foundational strength, Ferguson wanted to provide a substantial gift to launch WSU Tri-Cities’ first endowed faculty position, and encourages others to join in donating to the effort.

“This institute would solidify the Tri-Cities as a hub, probably the first one, ever, that can link all of these energy sources, from basic research to full demonstration,” he said. “Energy is the source of all economic development. We need a curriculum. We need a workforce for the future. WSU Tri-Cities is uniquely positioned to integrate all these areas. WSU could lead this effort for the state and the nation.” 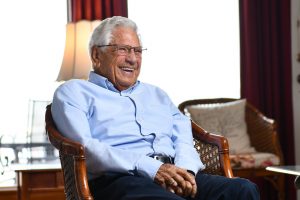 Longtime Tri-Citian Bob Ferguson served as the first deputy assistant secretary of nuclear programs for the U.S. Department of Energy.

Ferguson’s storied career in nuclear energy began in 1957 at Hanford, where he trained and worked as a reactor physicist and reactor operations supervisor at the B Reactor – the world’s first large-scale nuclear reactor, located in the Tri-Cities. He worked his way up to the position of deputy assistant secretary of nuclear programs for the U.S. Department of Energy before making his way back to the Tri-Cities to serve as CEO for the Washington Public Power Supply System — now called Energy Northwest.

Ferguson was actively involved in early discussions for the expansion of the Tri-Cities campus into a fully-fledged WSU campus. The campus began in the 1940s as the General Electric School of Nuclear Engineering, where it offered graduate-level programs for those working out at the Hanford Nuclear Site. In 1989, it became a WSU campus, first serving upper-level undergraduate and graduate programs and now offering full four-year bachelor’s and graduate programs in a range of fields.

“This gift is a culmination of the vision we had when we established WSU Tri-Cities here,” Ferguson said. “This is a way to support research that WSU is doing now, as well as investing in what it could be doing in the future.”

WSU President Kirk Schulz said leveraging what each WSU campus does best — by utilizing local assets, such as the unique location and surrounding community of each campus — is the most effective way to deliver on WSU’s land-grant mission and provide optimal service to the state.

“For Tri-Cities, the clear differentiator is the confluence of nuclear, solar, hydro, biofuels, and wind power,” he said. “Bob’s gift will help transform WSU Tri-Cities into an energy headquarters for our entire state and region.”

Because WSU is a Carnegie Research 1 university and because of its existing relationship with the Pacific Northwest National Laboratory through its joint nuclear, biofuels, and power grid institutes, the Ferguson gift will be a major boost for energy-related research at WSU, said Christopher Keane, WSU vice president for research.

Ferguson’s gift launches an effort to raise $2 million in additional funding to fully support the endowed faculty position. The campus plans to conduct a nationwide search for the position in fall 2022.

“The lead commitment for this faculty position is an important milestone,” said Mike Connell, acting vice president and CEO of the WSU Foundation. “Through this generous investment, Bob will inspire other individuals and industry partners to get involved and fuel an energy research hub that will have both a regional and national impact.”

Mike Wolcott, WSU associate vice president for research, said Ferguson’s reputation brings a level of prestige to WSU’s mission and will be instrumental in attracting the best talent to the region for the position and the program.

“Expanding on this foundational vision will allow us to have a greater impact on the future of our energy systems and the economic development that will be associated with its build-out,” Wolcott said. “WSU has tremendous breadth and depth to offer in many facets of energy-related topics.”

Regional legislators are also excited about the potential for the professorship and a nationally-recognized energy institute.

“Bob Ferguson’s leadership and generosity is remarkable and makes me proud to be a Tri-Citian,” said Washington state Rep. Matt Boehnke. “I can’t wait to see the research and ingenuity that comes out of the energy systems institute, as well as the leaders that are developed as a result of the new professorship.”

For more information in supporting the professorship and future institute, contact Jaime Heppler, WSU Tri-Cities senior director of development, at 509-372-7207 or Jaime.heppler@wsu.edu.