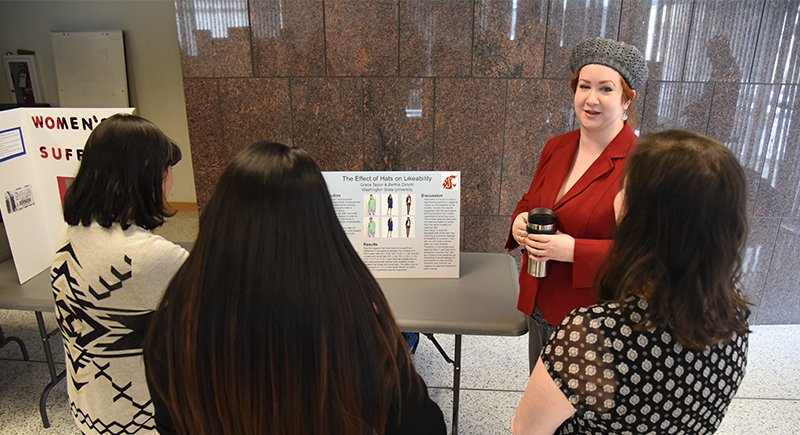 According to a survey completed by psychology students at Washington State University Tri-Cities, wearing a hat may have no impact on initial likability of a person, which opposes general procedure in personality studies.

Senior students Grace Taylor and Bertha Zanotti said hats are regularly removed from personality studies in order to prevent them from distracting or distorting the perception of a person’s personality. In other words, they are believed to have an impact, whether that be positive or negative, on a person’s likability upon first impression and may create a bias for that person. 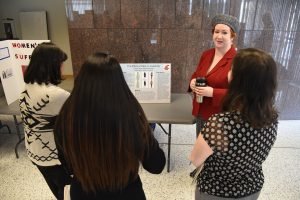 “We actually figured hats would make a person more likeable,” Taylor said. “That didn’t end up being the case.”

For their study, the students selected three photos of models and used Photoshop to digitally place hats onto each of the models. In contrast, they also presented the same three photos of models, but without hats. They then had 43 participants complete a survey rating their general likability of each model. Some of the statements survey participants rated included “This individual talks to a lot of different people at parties” and “This individual starts conversations.”

“We found that hats had no correlation with likability, whether that be positive or negative,” Taylor said. “Our results were found to be non-statistically significant either way, meaning the models wearing hats were not liked any better or worse than the same models not wearing hats.”

Taylor said there currently isn’t a lot of other research investigating the impact that hats may have on likability of a person. She said she would love to investigate the matter further by completing the same study on a larger scale.

The students completed the study as part of their “research methods” psychology course at WSU Tri-Cities. They presented their results during WSU Tri-Cities’ Undergraduate Research Symposium and Art Exhibition this week, which features more than 100 student research and art projects. Today, Dec. 15, marks the last day of the symposium. For more information on the symposium, visit https://tricities.wsu.edu/dec-13-15-wsu-tri-cities-students-to-showcase-research/.