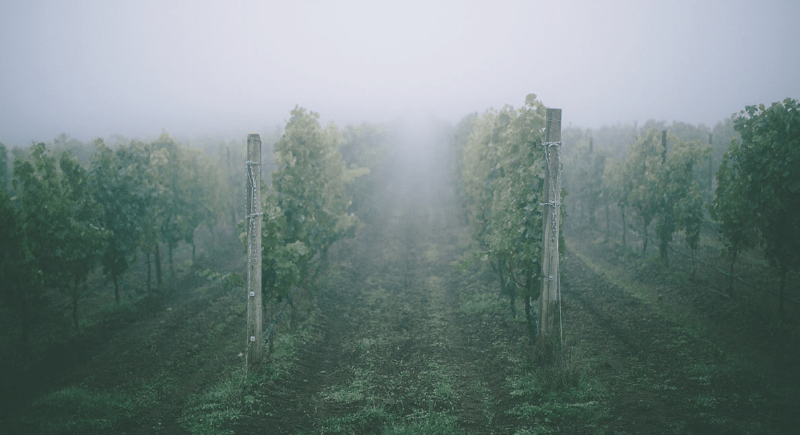 Hazy, smoke-filled skies across the West this fall made grape growers nervous, but Washington State University grape and wine chemistry researcher Tom Collins is working to minimize the effects of smoke exposure on wine grapes. 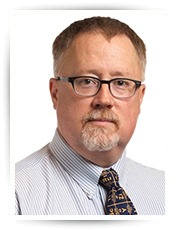 When vineyard grapes are exposed to smoke, they can absorb tiny smoke particles into their fruit, causing it to bind with the sugars in the grapes. The grapes can develop unsavory aromas and flavors, causing wine to taste ashy or burned.

The wildfire smoke enveloping Washington state in September gave Collins a chance to measure the smoke particulates in the vineyard air. He sampled fruit from several vineyards, both WSU research and commercial vineyards, and will make wine from the fruit to further his research in order to develop mitigation techniques.

“We tend to think smoke exposure is always going to be bad, but that’s not necessarily the case. Different variables like proximity to fire, wind direction, and topography all play a role,” said Collins, an assistant professor at the Ste. Michelle Wine Estates WSU Wine Science Center.

But sampling a grape is not enough to test if wildfire smoke will alter the taste of the final wine. Through the winemaking and aging process, sugar bonds chemically break, releasing the smoke related compounds that create the ashy flavors.

He said it’s too early to tell how wildfire smoke might affect Washington wines.

“It’s an ongoing project that looks at different aspects each year. In a year like this when we have actual fires, we have real world exposure that allows us to test if what we see in our vineyard trials is close to what we see with the wildfire smoke exposure,” he said.

Collins also wants to understand if the timing of smoke exposure affects grape growth. He plans to present his most recent research findings after the new year.

“If it happens earlier in the season, does that affect grapes differently than if it happens closer to harvest? These are some of the questions we are trying to answer,” he said.

As the second largest premium wine producer in the United States, Washington is home to over 1,000 wineries, producing over 17 million cases a year. The impact of smoke on the Washington wine industry could run into the millions of dollars. Severe wildfires have increased in frequency in the west since 2011.

This April, the U.S. Congress allocated $2 million to the USDA to fund research on smoke exposure, of which $900,000 was split evenly between WSU, the University of California‑Davis, and Oregon State University.

The remaining amount retained by the USDA will be used to establish a smoke research program within the USDA’s Agricultural Research Service.

Industry leaders from winegrowing associations in all three coastal states formed the West Coast Smoke Exposure Task Force, of which Tom Collins is a member. ”We are working on everything from research and contracts to risk management and crop insurance,” said Collins.