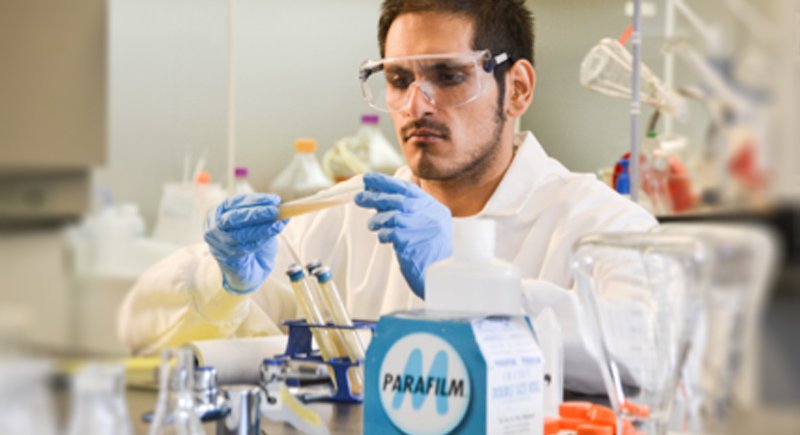 RICHLAND, Wash. – Sebastian Fernandez has learned lessons about teamwork, the “art” of experiential learning and the rewards of rigorous study as an undergraduate at Washington State University Tri-Cities. He hopes to apply and expand those skills in the first class of WSU’s new medical school in Spokane, Wash.

“It sounds cheesy, but I just want to help people,” he said. “I could do that by becoming a doctor. I knew WSU could help me get there.”

A competitive WSU summer internship at Kadlec Regional Medical Center exposed him to the medical field via real-world application.

In one instance, a man stopped breathing and, within seconds, the doctor and his team worked efficiently to restore the man’s breathing.

“In 30 seconds, they brought him back from the dead,” Fernandez said. “It was amazing.”

Fernandez said that doctor gave him advice that he will use in his career as a physician.

“He told me, ‘The most important thing you have to remember is team work. Just because you’re a doctor doesn’t mean you get to boss everybody around,’ ” he said. “That stuck with me. It takes a team to accomplish great things.” 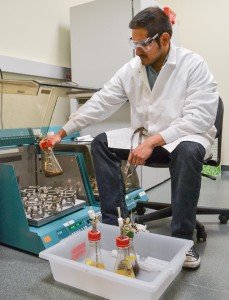 “We wanted to pick an area that would be relevant to the medical field and apply to his future aspirations,” Ahring said. “Anaerobic bacteria is relevant for humans because the inside of humans is anaerobic and the human body houses 10 times more bacteria than human cells.”

Cow stomach fluid was added to corn stover to produce volatile fatty acids, which can be used to produce biofuel to power cars, planes and other vehicles.

“School is typically very structured,” Fernandez said. “You follow the steps and write down what you observe. In a more experimental setting, it is kind of like working with a blank canvas. It is like an art. You can do anything. You can test anything.”

“It took me months to learn,” he said of the research. “I had no idea I would have my own experiments and be writing a scientific paper with references. It is really hard. It takes hundreds of hours.”

But it provided him with experience needed for entering into the medical field, he said, while allowing him to conduct research that will make a difference in the biofuels industry some day.

“I just want to make a difference and the best way to do that is by helping others,” he said.
He said his results show that untreated corn stover actually yields greater volatile fatty acid production than pretreated corn stover. This finding will save the industry in the long run because the material won’t require pretreating.

He is making the final touches on a research paper, which he will work on with Ahring to send in for publication.

Medical school and beyond

After completing his undergraduate work this summer, Fernandez plans to take the medical school admission test and apply to schools in the fall.

“I want to go into immunology and infectious disease,” he said. “I feel like I have a good mind and can figure things out. The best way to help the world is by using those skills in the medical field.”

He eventually intends to work in a free clinic so he can give back to the community.

He said he would love to be one of the first graduates of WSU’s new medical school, which plans to welcome its first students in fall 2017.