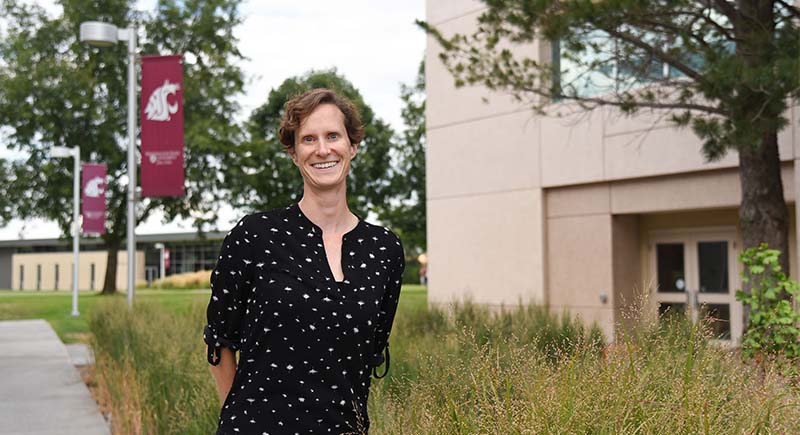 Roley, and her two colleagues, recently landed a $483,000 research grant from the National Science Foundation, to pursue a more detailed understanding of how bacteria work with perennial grasses to fix nitrogen. 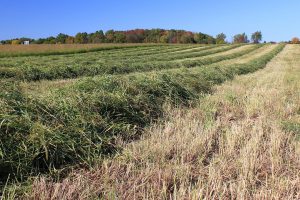 Every living organism requires nitrogen to survive, and nitrogen fixation is a critical step in biology. Fixation is the conversion of nitrogen in the atmosphere to ammonia, a form of nitrogen that can be used by plants and microbes, and subsequently move up the food web.

“Nitrogen goes into our protein and DNA,” Roley said. “From bacteria, to plants, to humans, we all need it, and we need a lot of it.”

Little is known, however, about nitrogen fixation in perennial grasses, Roley said. By better identifying how that process occurs, significant progress may be made in reducing the amount of synthetic nitrogen needed for fertilizing crops, as well as the amount of pollution that stems from the creation and use of synthetic fertilizers.

Roley’s research will focus on switchgrass. But, study findings may apply to other perennial grasses — ryegrass, bluegrass, fescues. The research may potentially lead to discoveries about a variety of other plants and how nitrogen fixation occurs within them.

Most of Roley’s research will be conducted at the W.K. Kellogg Biological Station in Hickory Corners, Michigan. Roley also is working with Phil Robertson of Michigan State University — who resides at the biological station and will be managing rainfall manipulations and experimental mesocosms, an outdoor system that allows for examination of grasses under controlled conditions  — and with Dan Buckley of Cornell University, who will oversee microbial measurements.

While Earth has a lot of nitrogen in its atmosphere, it is tied up in a triple-bonded molecule, which only bacteria can convert to a useable form. Legumes, like soybeans, peanuts and clover, have special root nodules where nitrogen-fixing bacteria live. These bacteria provide the plant with nitrogen in exchange for carbon to eat. But there is a diverse population of bacteria living outside root nodules that also fix nitrogen.

“We’ve known about this phenomenon for a long time, but it’s never been clear how important it is,” Roley said. “We can look at it indirectly by measuring all of the nitrogen coming in and going out of the ecosystem. But in some places, there is more going in than we can account for. We want to figure out how important this process really is.”

In the early 1900s, scientists figured out how to create a synthetic nitrogen fertilizer through the Haber-Bosch process using large amounts of energy, high pressure and the right catalysts. Fertilizer produced through this process boosted crop yields, but also led to secondary effects like greenhouse gas emissions and downstream pollution that leads to devastating algae blooms in lakes, rivers and oceans.

By identifying how much nitrogen fixation occurs naturally with perennial grasses, and by determining how nitrogen-fixing bacteria interact with plants, researchers could potentially discover ways to use less synthetic fertilizer to fertilize crops.

“We would have fewer undesirable effects while saving growers money,” Roley said. 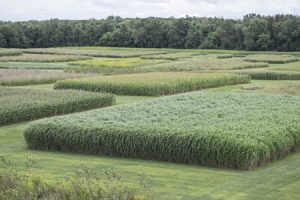 Roley and her team will complete their nitrogen fixation research on plots at the Kellogg Biological Station in Michigan. Photo by K. Stepnitz, Michigan State University.

“So far, we know that fixation appears to occur episodically,” Roley said. “Sometimes the rates are fairly high, and at other times they are not detectable at all.”

“We want to figure out if fixation occurs in response to wet and dry events,” she said. “After rainfall, microbes can get really active, and many microbial processes will increase.”

Scientists will also be measuring fixation at different stages of plant growth to determine if plant processes influence fixation.

“Measuring at a much smaller scale before, we observed high rates in the fall after the plants dried out, so maybe it happens at a time when we don’t expect it,” Roley said. “We plan to take more measurements to determine when and how much fixation occurs.”