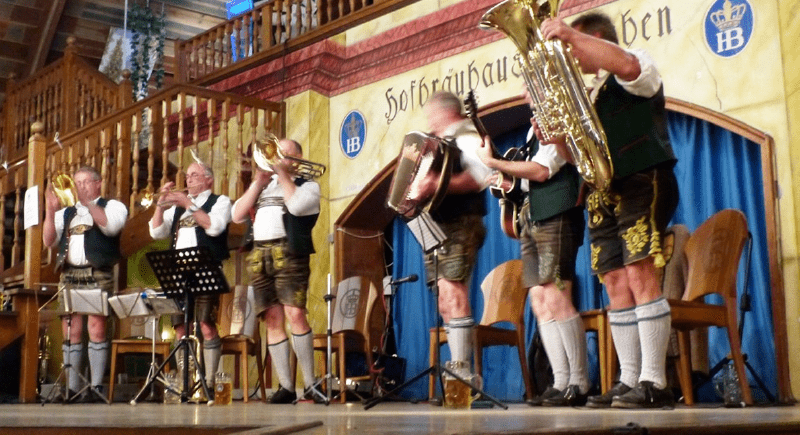 RICHLAND, Wash. –  No one went to Oktoberfest in 2020, but chances are those who attended in the past are still thinking about it. 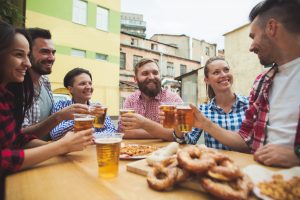 A group of friends enjoying and drinking beer at outdoor bar.

In a case study of the famous German beer festival, researchers tested the theory that events which create memorable experiences can increase life-satisfaction. This deep connection with customers has big benefits for associated businesses, according to Robert Harrington, lead author of the study recently published online in the International Journal of Contemporary Hospitality Management.

“If you can do something that transforms people even a little bit, it can have a huge impact on the success of your company and your brand,” said Harrington, professor and director of the School of Hospitality Management at Washington State University Carson College of Business. “The more customers are delighted, the more likely they are to be return customers. They are also more likely to give positive recommendations to friends and relatives, and particularly on social media. In today’s environment, people trust those reviews more than paid advertising.”

For the study, the researchers surveyed more than 820 people attending a festival beer tent over several days of the 2018 Oktoberfest. The majority of the respondents were male (56.8%) and largely German, though roughly 12% were from outside the country, including from Italy and the United States. The respondents answered questions related to food and beverage quality, connectedness, experience uniqueness, memorability and life satisfaction.

When the researchers analyzed the relationship among those answers, they found that connectedness to Oktoberfest, such as feeling a close association with a particular beer tent or to Oktoberfest traditions, influenced impressions of food and beverage quality and the uniqueness of the experience. These in turn influenced how highly the participants felt that attending the event increased their overall satisfaction with life.

The researchers purposely chose to study the annual beer festival in Munich because it is so well-known and brings together a mix of tourism and hospitality services.

“Oktoberfest has a very strong brand. It’s almost like a bucket-list event,” said Harrington. “As a significant event in visitors’ lives, there’s a greater likelihood that there’s a quantifiable measure of life satisfaction or sense of well-being from those experiences, as opposed to people going out to a neighborhood bar or restaurant.”

Emulating Oktoberfest, which attracts more than 7 million visitors a year, may be a tall order, but the researchers suggest that other businesses can learn from its success. Breweries or wineries can create regional or local events on a smaller scale. Like Oktoberfest, these events could bundle goods and services, such as a tasting that pairs beer or wine with food or adding an experience like a music performance or art show.

The idea is to invite customers to participate in creating a memorable experience that lasts, Harrington said.

“Once people go back home, they will want to bring up that memory again,” said Harrington. “They will go buy that beer because they went to a festival where they had a great time.”