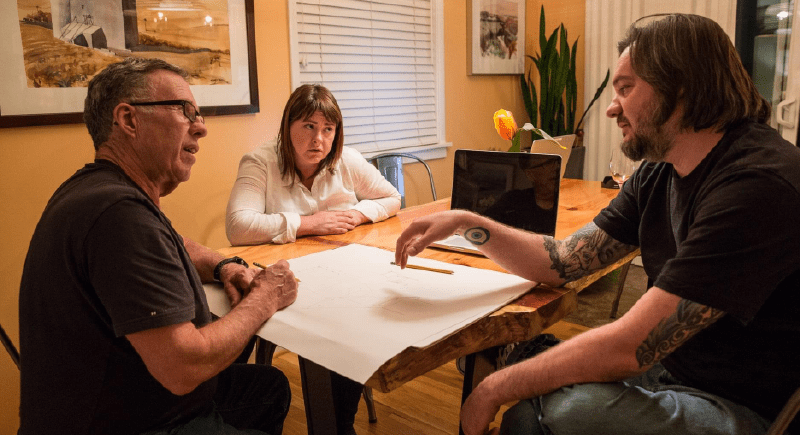 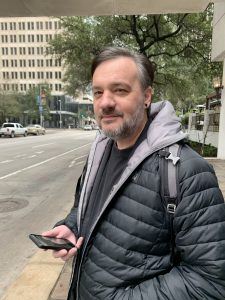 Gast was an award-winning artist whose work had impacts across the Tri-Cities and regional mid-Columbia community. He specialized in a range of multimedia art, including video, photography, web/net art, sound and more. He had a dual purpose to his work: striving to clarify the very definition of art while concurrently utilizing the fundamental properties of the media to construct idea systems.

His work has been exhibited and screened nationally and internationally, in cities such as Chicago, Seattle, Philadelphia, New Orleans, and New York City, and in countries such as England, Germany, and Australia. He is the recipient of the Edward R. Meyer Project Award, a nominee for the James W. Ray Distinguished Artist Award, and received honorable mention for the 20x20x20 Compact Competition.

In addition to his award-winning work, Gast was a beloved professor and mentor at WSU Tri-Cities. He taught and mentored hundreds of students since his beginnings at WSU Tri-Cities in 2005. He was also influential in growing the WSU Tri-Cities digital technology and culture and fine arts programs to where they are today.

Gast taught a range of courses at WSU Tri-Cities, ranging from those focusing on using multimedia tools and mediums to convey important messages and platforms, to those that were specific to fine art and using that art to communicate and represent concepts, ideas and social realities. He worked with students to refine their skills in art and design, helped connect them with internships and career opportunities and helped inspire students to dream big with their art and its capabilities.

“When you look back on your own life and think about those who open doors and lead you to your path in life, I think of Doug Gast,” said former student and graphic designer Monique Van Sant. “He is someone that made you want to be a better communicator, a better designer, a better person. Doug wasn’t just a professor – he was an artist, a mentor, a visionary, an activist and a friend. I owe my career as a multimedia designer to Doug.”

“He did a great job growing the program [at WSU Tri-Cities] and he was proud of that work,” said Kimberly Christen, professor and director of the digital technology and culture program at WSU Pullman.

“He liked to challenge the status quo and really cared deeply for his students,” he said. “This started the day he decided to move to Tri-Cities as a lone fine arts faculty member. It was a brave and noble act. He will be dearly missed.”

A champion for the arts and his students

WSU Tri-Cities Chancellor Sandra Haynes said in the few years she has been at WSU Tri-Cities, she came to know Gast as a champion for bettering the arts experience for WSU Tri-Cities students, whether they were pursuing a fine arts or digital technology and culture degree or not.

“We will miss Doug and all he did for the WSU Tri-Cities and regional Tri-Cities community,” she said. “He was admired by students, his colleagues, those in the arts community, and all those who knew him.” 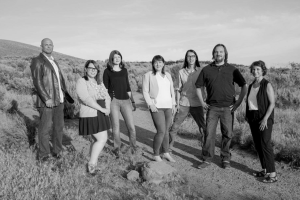 Members of the Daughters of Hanford team (Douglas Gast second from right). Photo by Kai-Huei Yau.

In addition to his role as a professor, Gast curated, led and hosted many art and multimedia shows through the WSU Tri-Cities Art Center. These shows welcomed hundreds of visitors throughout his years in the Tri-Cities to view a wide range of work from a variety of artists including students, faculty and professional artists from outside the campus.

Gast continued to contribute to the WSU Tri-Cities and arts communities up until his passing. He was actively working on a track for the DTC degree so that students could incorporate fine arts into their curriculum. He also recently collaborated with the Spectra Art Gallery in Kennewick for the “Pandemic – A Novel Art Show,” which featured current faculty and several former students’ art work.

Arts in the community

Gast was active in projects known to bring light to issues of social and historical significance. He was one of a core group of individuals who produced the Daughters of Hanford, a multimedia project in partnership with Northwest Public Broadcasting, which tells the stories of female individuals who worked at, have a connection to, or were family members of those with ties to the Hanford Nuclear Reservation. The project went on to win the David Douglas Award in 2016 from the Washington State Historical Society and recognizes the significant contribution of an individual or organization through projects that expand appreciation of any field of Washington state history during the previous year.

“Doug Gast stood up for art and what he believed in,” said Anna King, correspondent with the Northwest News Network and founder of the Daughters of Hanford. “As a partner on the Daughters of Hanford project, Doug pushed me to expand my vision and not to neglect the details … I’ll miss his tenacity, his great care for making things beautiful and his gentle chuckle.”

“Doug made everything better – as an artist, collaborator and friend,” said Kai-Huei Yau, photographer for the Daughters of Hanford and senior multimedia manager with PitchBook Data. “His work to elevate the arts within the Tri-Cities impacted so many lives and having him on the Daughters of Hanford team helped us elevate the project. I’ll forever count myself lucky as one of the people who came into his orbit and he will be sorely missed.”

For more information about Gast and his memory, visit his website at noprogram.org.