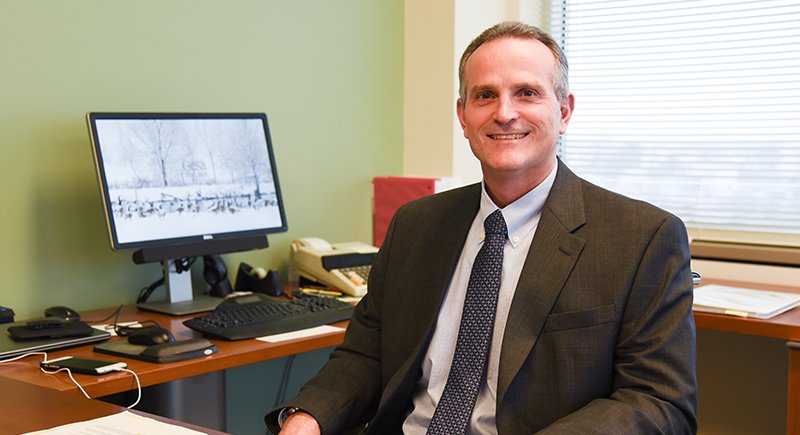 RICHLAND, Wash. – Don Miller, CEO of Gesa Credit Union, will be honored with Washington State University Tri-Cities’ Distinguished Alumnus of the Year Award in recognition of his service, career achievements and dedication to the promotion of educational excellence.

Miller will be presented with the award during the 2017 WSU Tri-Cities commencement ceremony at 1 p.m. Saturday, May 6, at the Toyota Center in Kennewick, Wash.

Growing as a professional and as an individual

He grew up on a farm where he learned about long hours, hard work and pitching in to help where needed to get the job done. In high school, he built and managed his own small herd of cattle while juggling his regular school work and other activities.  Managing that venture led to his interest in business and management. 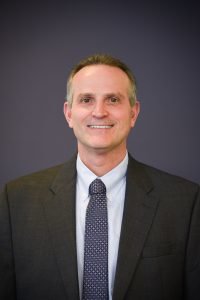 “That’s really where I started to develop a liking for business and management,” Miller said. “But it would take me a few years to actually head in the direction, professionally.”

As an undergraduate student, he took classes in nearly every subject, often tackling large quarterly class loads at Central Washington University to try and identify what he was passionate about pursuing as a career. Ultimately, he decided on finance and graduated with his bachelor’s from CWU in 1987. Shortly following graduation, he accepted a job at Gesa Credit Union as a junior accountant.

Miller decided to pursue a master’s in business administration from WSU Tri-Cities a few years later because he knew it would not only expand his knowledge and skill in the finance world, but it would also help him develop as a leader. He felt the degree would also better position him to potentially become a CEO of an organization. He graduated with his MBA from WSU Tri-Cities in 1993.

“I worked with so many smart and talented people through the WSU Tri-Cities MBA program,” he said. “I appreciated having the opportunity to work with people of such high caliber who all brought such a diverse range of experience to the table. It was definitely a very knowledgeable and mature group.”

From there, Miller continued to work his way up within the organization and in 2006, received his first chance at a position as CEO with Gesa. The position went to another individual from outside the organization, however, the new CEO was very open to expanding Miller’s job-related experience.

“I worked for her, and she gave me opportunities to build the experience I needed to one-day take on the position of CEO of an organization,” he said. “She told me, ‘If you want to be CEO, I will help you fill those gaps.’ And she did.”

In late 2013, after serving as Gesa’s interim CEO for nearly six months, he took on the full role. 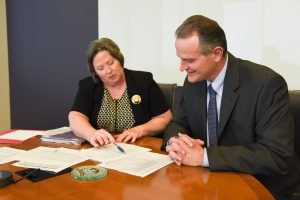 Throughout his years of professional growth, Miller has dedicated himself to improving opportunities for up-and-coming professionals. He has taken on mentorship roles for individuals, helped coach his children’s youth sports and participated in church-related activities. Miller said he and Gesa are committed to promoting financial literacy and education.  Currently, he serves on the board for Junior Achievement of Washington in the Tri-Cities.

“I think it’s very important to give back to the community that has supported your own success,” he said. “It’s also important to learn that no person is ever too important for any role. I learned early in life and in my career that, especially within smaller organizations, everyone wears a lot of hats and that you should appreciate everyone’s contributions.”

Miller said he recommends that people define what their own idea of success is and run with it.

“There are always going to be people who are smarter and better than you, but it is important that you recognize and appreciate that fact and not let it intimidate you,” he said.

Miller said people are going to make mistakes in life and in work, but that the important thing is that individuals don’t overemphasize those mistakes, and instead, own them and find a way to overcome and learn from those experiences.

Miller said he also recommends that people challenge themselves in asking the right questions.

“As you a grow as a professional, you learn to ask better and better questions,” he said. “A lot of people are not willing to ask the questions.