RICHLAND, Wash. – Radiation effects expert John Boice will present on the past and future of the National Council on Radiation Protection and Measurements as part of a Herbert M. Parker Lecture series at Washington State University Tri-Cities on April 10. 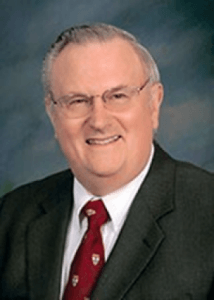 John Boice, director of science for the National Council on Radiation Protection

The National Council on Radiation Protection and Measurements seeks to formulate and widely disseminate information, guidance and recommendations on radiation protection and measurements, which represent the consensus of leading scientific thinking.

Boice serves as the director of science for the National Council on Radiation Protection and Measurements and professor of medicine at Vanderbilt University. He is an international authority on radiation effects, with more than 520 publications. He also currently directs the Million Person Study of Low Dose Radiation Health Effects, which examines the lifetime risk of cancer following low-dose exposures received gradually over time.

Boice has a bachelor’s degree in physics from the University of Texas at El Pasco; a master’s in nuclear engineering from Rensselaer Polytechnic Institute; a master’s in medical physics and a doctoral degree in epidemiology from Harvard University.

He serves currently on the board of directors of Oak Ridge Associated Universities, the steering committee for the Image Gently Alliance and NASA’s research and clinical advisor panel on space radiation.

He also previously served 27 years as a commissioned officer in the U.S. Public Health Service, on the main commission of the International Commission on Radiological Protection, the United Nations Scientific Committee on the Effects of Atomic Radiation, the Veterans’ Advisory Board on Dose Reconstruction and was the first chief of the radiation epidemiology branch at the National Cancer Institute.