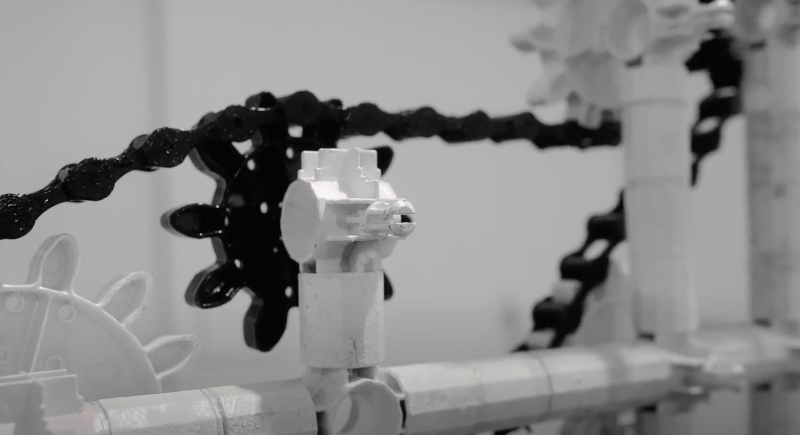 RICHLAND, Wash. – For an Art, Science and Technology course at Washington State University Tri-Cities, the transition to virtual learning proved not only to be a natural transition. It played to the course’s sweet spot.

As the title of the course suggests, students bring together what some may consider two sides of a coin – art, and science and technology. But for Peter Christenson, an associate professor of fine arts, the blending of the two fields is natural.

Through the course, Christenson has students create devices that are not only visually appealing, but bridge the gap between physical art and what can be presented digitally online. The sharing of these projects online, he said, provides a perfect fit for virtual learning.

“The transition to virtual has been beneficial in some ways, especially in more digitally-focused classes,” he said. “It is essentially a natural extension to everyone’s practice. Our students are brilliant and very adaptable. They are the creative class of the campus. I have been impressed with their work ethic and diligence … With the social context we are going through, I have been impressed with the work that students are putting out.”

Many people have probably witnessed Rube Goldberg machines on YouTube, Facebook or Instagram Stories – they just didn’t know what they were called. A ball or other device drops down an increasingly complex matrix of movements, devices and contraptions, all for one goal – to perform a simple task.

The machines, named after the American cartoonist Rube Goldberg, who coined the contraptions through his cartoons, serve as a demonstration of what can occur when art is blended with physics and engineering, Christenson said. It proved to be the perfect project at-home amid the pandemic, he said.

While many are stuck at home, students took objects that are commonly found in their house to devise a complex layout. The students filmed the moving device as it traversed its matrix. The video was then shared virtually as a class, as well as with peers and friends. It compelled students to think critically, all while creating art and entertainment that helps maintain connections among students, virtually, Christenson said.

“The Rube Goldberg project is a fun opportunity to arrive at engineering and scientific production via art and creative play,” he said. “It explores the historical relationship between art, science and technology and how these have generally been intertwined.”

The best of both worlds

For the Rube Goldberg project, the class studied up on the complex devices, each choosing a particular style that was most suited for their idea or task. After creating the devices by hand, the students recorded the machines in action, with the intent of sharing them digitally with one another as a class. They used their creativity to create both a physical art piece, as well as a video work of art through filmmaking.

Kyle Kopta, a senior digital technology and culture major, came up with the idea for what he calls “The Photo Machine” for his project, where the machine automates the process of taking a photo of oneself. The user turns a handle, which activates a gear mechanism, drops a marble into a tube and triggers the shutter on a camera.

“In doing this, I want the operator to ask themselves, ‘Are the actual mechanisms that resulted in the physical taking of the photo the photo machine? Or could I, myself, more accurately be described as the actual photo-taking machine in this process?’ “

Kopta built the contraption in his apartment, where he also filmed and uploaded the video showcasing how his machine worked. The project also allowed him to explore partnership opportunities with students from other disciplines.

“In working on this project, I was really excited with the high-level of collaboration we were able to maintain in a virtual class format,” he said. “As a class, we would take time to bounce ideas off each other and look at other artists who created similar machines. For my project, I was able to recruit the help of a friend in the engineering program for a few tips and materials. That interdisciplinary approach was key for me.”

“These critique days are always my favorite days of class, and this remains true in our virtual learning environment now,” he said. “Everyone takes a radically different approach to these projects, and I’m always surprised by what my classmates are able to put together.”