Posted at 10:36h in WSUTC News by Maegan Murray

RICHLAND, Wash. — H. Keith Moo-Young, who has served as chancellor of Washington State University Tri-Cities for the past four years, today announced he will step down from the position in the near future.

The university will immediately launch a national search for a new chancellor. Moo-Young will remain in the campus leadership post until his successor is in place, likely in early 2018. 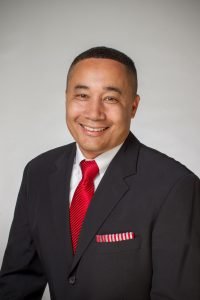 “Keith Moo-Young has led our Tri-Cities campus to a number of outstanding achievements the last four years,” said WSU President Kirk Schulz. “From enrollment growth to the establishment of strong partnerships with community groups throughout the greater Columbia Basin, Keith is leaving the campus in a better position than it was in four years ago. I greatly appreciate his leadership.”

Under Moo-Young’s stewardship, enrollment at the campus in Richland grew steadily, totaling 1,825 students for the just-concluded spring semester—a 21 percent increase from the previous spring. The campus enrolls the most diverse student body in the WSU statewide system. For spring semester, 35.8 percent of students identified as minorities, 57.4 percent female, and 36.6 percent first generation.

The Ste. Michelle Wine Estates WSU Wine Science Center also was established on campus during Moo-Young’s tenure. The wine science center, which opened nearly two years ago, is considered one of the most technologically advanced in the world. The facility is expected to become a magnet for attracting world-class researchers and students who will focus efforts on opportunities and challenges facing grape growers and winemakers in the Pacific Northwest.

“I would like to thank Washington State University, President Schulz, and the WSU Tri-Cities faculty and staff for the exciting opportunity to lead the campus,” Moo-Young said.   “With the tremendous support of the community, we accomplished a great deal to establish WSU Tri-Cities as a destination campus. I’m particularly pleased by the potential to add student housing on campus, creation of the $18 million Kadlec nursing professorship endowment and establishment of the School of Engineering and Applied Science. I look forward to the future of the campus as the community continues to grow and develop.”

The WSU Tri-Cities GEAR UP program (Gaining Early Awareness and Readiness for Undergraduate Programs) is one of the largest in the country, serving more than 20,000 students beginning in middle school and receiving almost $90 million in funding in 14 years. GEAR UP is a competitive federal program that provides six- and seven-year grants to education/community partnerships and states to increase the number of low-income students who are prepared to enter and succeed in postsecondary education.

“The Tri-Cities campus is a vital part of our statewide enterprise and our commitment to the state,” Schulz said. “This is due in large part to Keith’s vision and hard work.”

Prior to joining WSU, Moo-Young served as dean of the College of Engineering, Computer Science, and Technology at California State University, Los Angeles. He is a fellow of the National Academy of Inventors (NAI), the American Association for the Advancement of Science (AAAS), American Society of Civil Engineers (ASCE) and American Academy of Environmental Engineers.