RICHLAND, Wash. – Bruce Napier, a senior scientist at the Pacific Northwest National Laboratory, will discuss his work regarding the Mayak plutonium production site in Russia, which has many similarities to the Hanford Site in Richland, as part of a lecture at 5 p.m. on Oct. 30 in the Washington State University Tri-Cities East Auditorium. 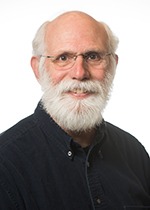 Napier has been a principal investigator for several U.S.-Russian Joint Coordinating Committee on Radiation Effects Research projects, which have sponsored studies estimating radiation doses that were received by individuals or populations, as well as epidemiological studies around the Mayak plutonium production site.

Napier will discuss the history of the Mayak site and point out parallels and contrasts with the Hanford Site for his lecture at WSU Tri-Cities. He will also describe the radiation doses received by more than 28,000 workers at Mayak and the 60,000 members of the nearby public exposed to atmospheric and river-borne releases of radioactive materials along the Techa River in Russia, in addition to the results of the associated health studies.

Napier works on the development and operation of models concerned with the environmental transport of radiological and chemical contaminants. His expertise and experience lie in the areas of radiation dose reconstruction, computer modeling, environmental analysis and human health risk analysis.

Napier was also the chief scientist for the Hanford Environmental Dose Reconstruction Project that evaluated releases from the Hanford Site before becoming a principal investigator for the U.S.-Russian Joint Coordinating Committee on Radiation Effects Research.

He is a scientific vice president of the National Council on Radiation Protection and Measurements, a fellow of the Health Physics Society and a member of the U.S. Delegation to the United National Scientific Committee on the Effects of Radiation.

Wayne Glines, president of the board of trustees for the Herbert M. Parker Foundation, 509-366-8382, wglines34@charter.net