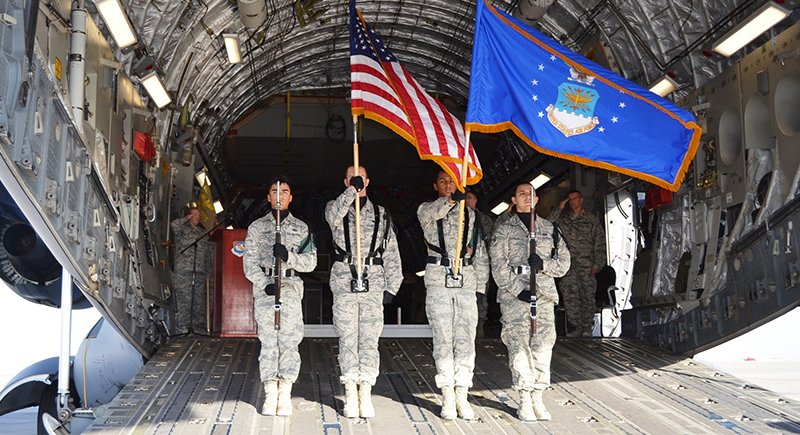 The son of undocumented immigrant parents, and formerly an undocumented individual himself, he joined the United States Air Force at 27 as a means to improve life for himself and his family. 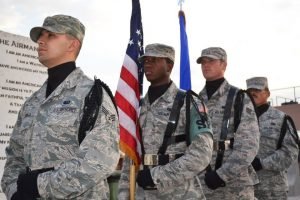 “I signed up at 27 for two reasons: one, I was an illegal immigrant and I wanted to get citizenship, and one of my other dreams was to use it as a way to finish college,” he said.

The military would help him accomplish both. Bonilla is now a U.S. citizen. He is also currently pursuing his dream major of computer science at Washington State University Tri-Cities. Now, he and his fellow veterans at WSU Tri-Cities are giving back to the veteran community through a tribute at the university, as well as a drive that will send donated items to military members overseas.

The WSU Tri-Cities Veterans Center held a ribbon event his week, where campus and community members were invited to write the name of loved ones that served in the military on a ribbon, which were then hung and displayed throughout the week on the Hero Tree near the entrance to the East Building on campus. The group is also holding a package drive where they are taking donations of toiletries, food items, games and miscellaneous items that will be packed and sent to active duty servicemen overseas as part of Operation Thank You.

“The purpose of Veterans Day is to honor all of our past and current soldiers, airmen, sailors and other current and 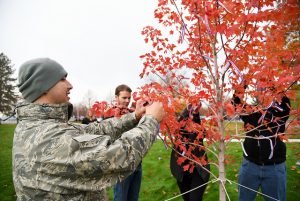 Bonilla said the university holds veteran students in high regard, and truly supports its students’ transition back to civilian life by preparing them for the next stages in their career.

“I don’t think there is a school that is more accepting and more supportive of its veterans,” he said. “I love this school and it has been one of the best decisions I’ve ever made.”

Bonilla enlisted in the U.S. Air Force more than five years ago and served in two tours overseas at seven months each: one in Oman and one in the United Arab Emirates.

“The fun parts were honor guard, I got to see the world and I also got to meet lots of outstanding individuals in the military,” he said. 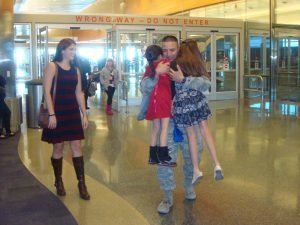 The tours overseas and training regimens that kept him away from his family throughout the years, however, were what made him consider a career change. Growing up in the Tri-Cities, Bonilla said he always saw WSU Tri-Cities as a natural fit, especially for veterans. He also feels comfortable serving in the U.S. Air Force Reserves while working on a full-course load at WSU Tri-Cities because of the support system in place.

“It is like hitting the brakes in a car going 60 miles an hour,” he said of transitioning from military life to civilian life. “It is a complete shock. A lot of us have a lot of problems with that. You are so used to structure. Every day, you know what you’re going to do. You wake up early every morning. Once I got to school at WSU, it really helped with the transition.”

Bonilla said the university, from the teachers to the administration, are always willing to work with his schedule in the reserves and make accommodations for his classwork. 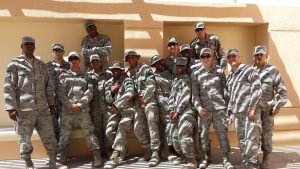 “They are always willing to work with me, especially when I have to go the Air Force base for training and other requirements for the reserves,” he said. “Some topics are hard to talk about for us veterans and they understand.”

“TRIO student support services at WSU Tri-Cities was also a crucial tool for me,” he said. “From the tutoring to the individual support they provide, they were so valuable. It’s been a great environment for veterans.”

Bonilla said he reaps the benefits of the challenging coursework at WSU Tri-Cities with industry connections, especially in his specific degree field of computer science.

“I have been a geek since I was born,” he said with a laugh. “I’ve always liked computers and electronics. So that was naturally what I saw myself drawn to as a future career option.” 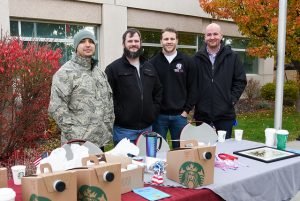 Bonilla said growing up with all of his family members working in the field, they didn’t have money to purchase new electronics, so he learned to fix broken pieces of equipment for his and his family’s use. He said he feels privileged to now turn his past into a forward-thinking career at a university with so many industry connections.

“My computer science courses here at WSU are definitely hands-on,” he said. “Our professors here work with all of their students to start slowly and then we build on what we learn through each course and each lesson. That certainly doesn’t mean it is easy, but I like the challenge. That coursework then applies directly into internships, which are held in plenty in the Tri-Cities.”

Bonilla is working to secure a computer science internship at the Pacific Northwest National Laboratory. After graduation, he said he would love to eventually work for Microsoft as a computer programmer.

“That’s the dream,” he said. “I feel honored that I got the chance to serve my country and had the privilege of putting on the uniform and completing some of the things that my brothers and I did. Now, I’m lucky enough to pursue a different dream. Some of our friends didn’t make it, that is all the more reason why what I am doing is so important. I have to take advantage of these opportunities because some of my brothers don’t have that luxury.”

WSU Tri-Cities holds the designation of “Veteran Supportive Campus.” The designation is declared by the Washington State Department of Veteran Affairs based on the university’s ability to meet individual veteran needs, its supply of potential benefits for veterans and its assistance in helping veterans obtain internal and external benefits and care.

For more information on resources available to veterans or to see how you can donate for the Operation Thank You drive at WSU Tri-Cities, visit https://tricities.wsu.edu/veterans/ or contact the WSU Tri-Cities Veterans Center at 509-372-7364.