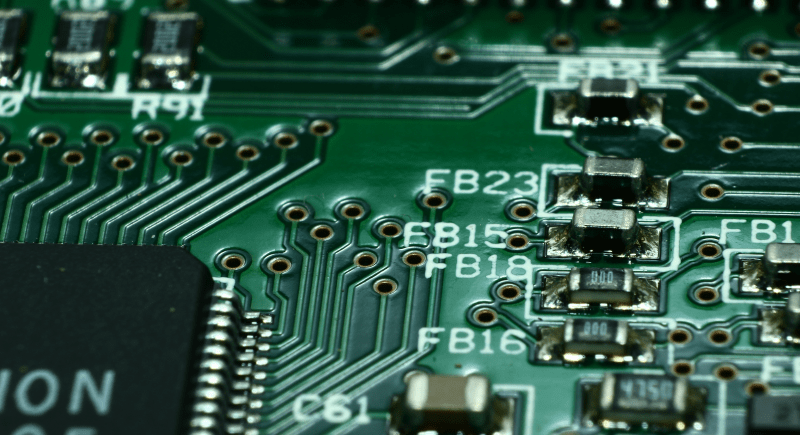 RICHLAND, Wash. – A student electrical engineering team at Washington State University Tri-Cities is designing a prototype of a ventilator that they hope could one-day be used as a low-cost option compared to expensive commercially available devices on the market amid COVID-19 and beyond. 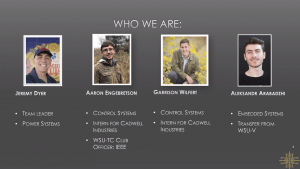 The team, comprised of students Jeremy Dyer, Garrison Wilfert, Aaron Engebretson and Aleksandr Arabadzhi, are designing the ventilator as part of their senior capstone project under the guidance and mentorship of engineering professors Mohamed Osman and Barbara Philipp. The team said even low-cost models commercially available are expensive – $10,000 and above. The shortage of ventilators amid COVID-19 has also created further cost challenges.

“Part of the reason for the price is the cost and access to the parts, with the other reason being cost of testing before putting it on the market,” Wilfert said. “I hope we develop a good working prototype of a ventilator and we can hand it off to future groups who can carry our research forward and possibly publish this research to offer a new low-cost ventilator.” 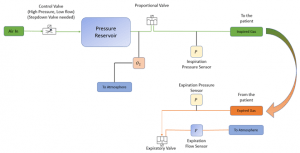 Designing any type of medical device is complicated, let alone one that breathes for a person. The team said there are many ways in which the project could go wrong and cause devastating effects, which is why the team spent the past several months researching ventilators currently on the market, their components and how they function.

The team decided on an “invasive” type of ventilator, which is inserted into the tracheal tube, as compared to what are known as “non-invasive” ventilators. The reason for their decision is it would help cut down on costs and parts are more accessible.

The team specked out what parts they would need, including a specific type of microcontroller – effectively the computer on the device, to determine how breaths are given, moderated and controlled. In total, the estimated cost of parts for their prototype is $530.

They plan to spend the next semester building out and testing the prototype using a system that doesn’t feature any human testing, as conducting human testing requires extensive protocols and requirements. The team plans to use a “fake lung” to assess initial effectiveness of the ventilator. They will track data and determine what further modifications need to be made. Future groups, they said, can take the design and modify it, which could lead to eventual human testing down the road.

Dyer said he has two hopes for the project. The first is that Osman can use it as an example of complexities of such projects for underclassmen. His second hope is that another senior design group can further the project, effectively starting a chain of projects until they have a viable prototype that can be submitted to the U.S. Food and Drug Administration. He said after a few years, WSU Tri-Cities could be responsible for making a fully-functional ventilator that will provide lifesaving capabilities.

“After all is said and done, the result will be a ventilator that will save lives at a lower cost,” Dyer said.

Support from the experts

Two of the student engineering team members work locally as interns at Cadwell Industries, which develops medical equipment on a global scale. While their ventilator prototype doesn’t apply directly to the projects they are working on at Cadwell, which specializes in neurological devices, having experience in working with the company’s quality management and regulatory affairs team has helped in their own prototyping process.

“My experience at Cadwell provided some insight into what kind of research and development goes into projects like these,” Engebretson said. “We initially had some very insightful conversations with Cadwell’s quality assurance and regulatory affairs team. They had a lot to say about how they interact with head Cadwell engineers to inform them of standards that need to be followed. Working at Cadwell has also showed me just how much clinical knowledge is needed to build medical devices.”

“He has written an extensive amount of documentation on ventilators,” Engebretson said. “He has also been a part of several designs, including making his own using his electrical engineering experience, as well as serving on boards for developing ventilators.”

The team met with Chatburn several times before setting off on their own design and will continue to work with him to produce their prototype.

“We are fortunate to live in a place with access to extensive engineering teams throughout the Tri-Cities Research District and beyond, for both senior project support and internships,” she said. “That experience helps connect students with not only how it is done in the real-world, but also helps the students network with potential future employers.”

Bringing varied expertise to the table

The team hopes to unveil their initial prototype this spring. Due to the complexity of the design and testing, Dyer said they are incredibly grateful and fortunate for the varied expertise that each student member brings to the team.

“I am on the power track, Aaron and Garrison are on the controls track and Aleks is on the embedded systems track,” Dyer said. “Our knowledge, combined, has been very helpful. Subsequently, our knowledge from our combined internships has been even more so … It has only been with the combined knowledge that we’ve succeeded.”