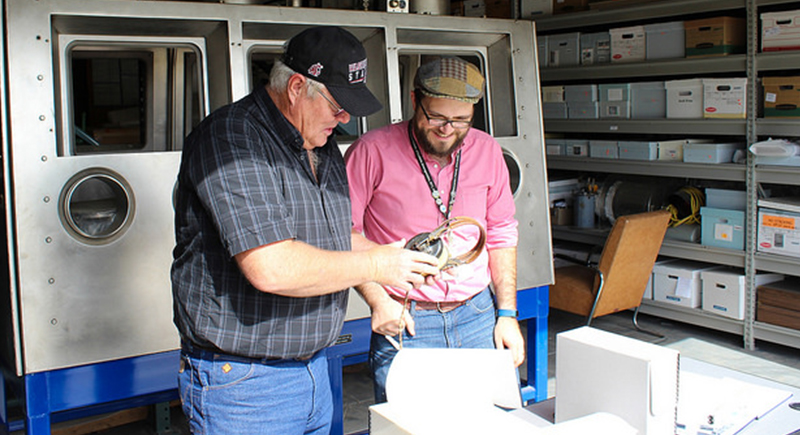 RICHLAND, Wash. – The son of Day’s Pay bomber pilot Arlys Wineinger gave a presentation on the history of the Day’s Pay B-17 Bomber was part of a ceremony to turn over the artifacts from the airplane to the Washington State University Tri-Cities Hanford Collection as part of two special historical events at WSU Tri-Cities in September. 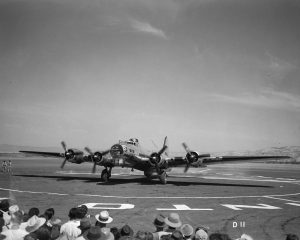 The Day’s Pay was a B-17 Bomber purchased during a fundraising drive at Hanford where workers were asked to “give a day’s pay and send a bomber on its way” to the European theater in World War II. The plane was purchased with these donations and flew in more than 60 missions in Europe.

Specifically during his presentation, Wyatt Wineinger, son of the pilot of the Day’s Pay, spoke on his father’s entry into World War II, how he became a pilot of the plane and how the Day’s Pay was donated to the U.S. Army Air Corps by Hanford Engineer Works employees. His presentation followed with a question and answer period. Artifacts and archival material from the airplane were on display for the public to view.

Following the turnover of the artifacts, Wineinger was provided a tour of the Hanford collection. 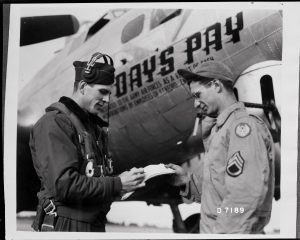 “This is a unique opportunity for the public to hear personal stories and accounts from the son of a figure who had a large impact on the workers of Hanford and residents of the Tri-Cities during World War II,” said Robert Franklin, archivist and oral historian with WSU Tri-Cities’ Hanford History Project. “We are also excited to receive the artifacts so that we can continue to tell a more complete story of what occurred at Hanford and its impacts on the Tri-Cities and the United States.”

For more information on the Day’s Pay B-17 Bomber, visit http://www.historylink.org/File/7491.

For questions and more information on the WSU Tri-Cities Day’s Pay events, contact Franklin at 509-372-7678 or robert.franklin@wsu.edu.