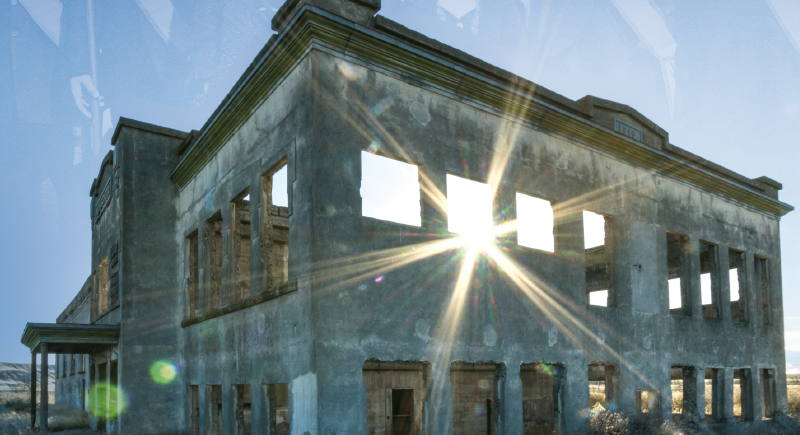 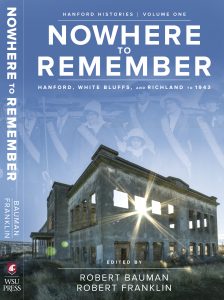 “The first volume in the Hanford Histories series uses oral history interviews conducted as part of the Hanford Oral History Project to tell the story of the towns of Hanford, White Bluffs and Richland in the years before World War II,” Bauman said. “Many people in the region know about the Hanford Site, but not many know about the towns and people that were removed to make way for Hanford. In many ways, those people and towns have been erased from history. This volume hopes to remedy that.”

Copies of the book are now available for purchase for $24.95 on the WSU Press website at wsupress.wsu.edu/product/nowhere-to-remember.

Detailing the early days of pre- and post-Hanford

Franklin said the purpose of the book, as well as the series in general, is to examine different subjects and themes surrounding Hanford history through the voices of those who have lived it.

“Little could the residents of these communities imagine …. how radically their fates would diverge from their fellow frontiersmen with the arrival of government troops in 1943,” said Michael Mays, director of the Hanford History Project, in the preface for the book. “’Nowhere to Remember’ leans heavily on the oral histories that Hanford History Project and others have recovered over the years to recount a history that would otherwise very likely have vanished along with those displaced communities.”

Hanford Histories as a book series

While the book is the first in the Hanford Histories series, other books will follow on Hanford, featuring subjects including science and the environment, race and diversity, constructing Hanford, the Manhattan Project and its legacies and an illustrated history of Hanford.

“Combining archival research and the narratives the Hanford Oral History Project has gathered since 2013, the books in the series balance the regional, national and international impacts of the Hanford Site,” Franklin said.

He said Hanford is often examined from the point of its environmental legacy, or as part of the much larger Manhattan Project or Cold War defense complex.

“These narratives often sacrifice detail and first-hand accounts for a wide scope,” he said. “It is our hope that by examining the history of Hanford through the words of former workers, residents of Richland and those affected by Hanford, that we can introduce the reader in a thoughtful and approachable way to this complex history.”