Nov. 15: Boeing executive to speak on importance of embracing own diversity at WSU Tri-Cities

November 6, 2018 Nov. 15: Boeing executive to speak on importance of embracing own diversity at WSU Tri-Cities

RICHLAND, Wash. – Boeing executive Fariba Alamdari will present on her path to success by means of embracing her own diversity as part of a lecture at 6 p.m. on Thursday, Nov. 15, in the East Auditorium at Washington State University Tri-Cities. 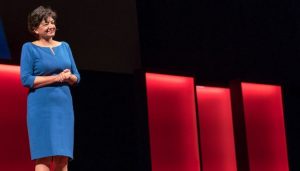 Alamdari serves as the vice president of of the Boeing Global Learning Institute. She joined Boeing in 2006 after serving as chair of the department of air transport and dean of the faculty of engineering, manufacturing and science at Cranfield University in the United Kingdom.

As a woman and an immigrant originally from Tehran, Iran, she said she sees herself and all immigrants as assets, not liabilities. She said she resolved, at a very early age, to ensure her father would not suffer because he had a daughter as a middle child and that he would be very proud of her.

“In a world in which many are raised to believe that our workplaces are responsible for raising us up, recognizing our value and promoting us accordingly, we are missing a key step in diversity and inclusion efforts,” she said. “When we are fully accountable for our successes, when we own our value and express our capabilities, the ‘system’ will advance and support us so we can do the work we are most called to do. If we wait for inclusion to come to us, we may wait a lifetime.”

Alamdari is the recipient of several awards including “Woman of the Year” by Air Transport News in 2016, “Ellis Island Medal of Honor” from The National Ethnic Coalition of Organizations in 2016, the “Leadership Award” from the Centre for Women and Democracy in 2015, the “Professional Award” from Career Communication Group, Inc., in 2011, and the “Professional Practice Recognition Award” from State University of New York Institute of Technology School of Business in 2010.

She received a Ph.D. and a master’s degree from Cranfield University. She resides in the Seattle area with her family.