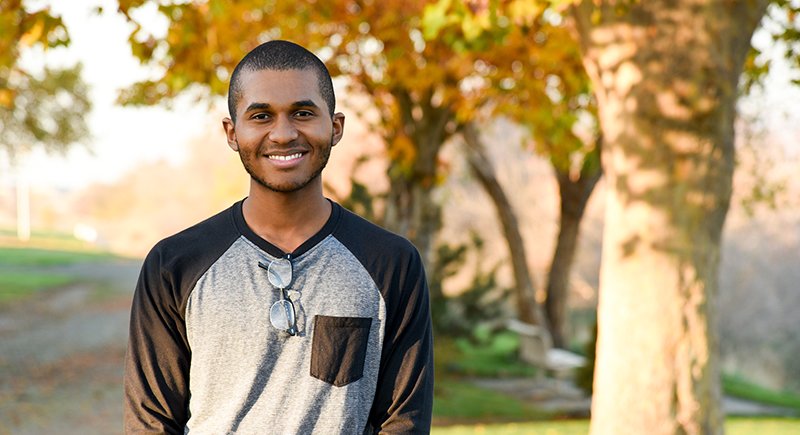 Ryan Wagstaff struggled to find his path in high school.

He felt ahead of his fellow classmates mentally and intellectually and was ready for an academic experience that was more challenging.

“I wanted to get more involved and wanted more opportunities to network and meet new people,” he said. 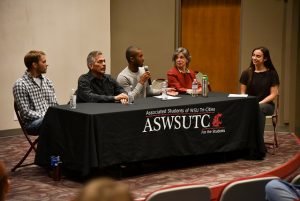 As a high school sophomore, one of his friends mentioned running start as an option. Shortly after, he found out about the program at Washington State University Tri-Cities, which welcomes high school juniors and seniors to take university courses at no cost.

“I found it put me at ease,” he said. “It has been a really good fit for me. I’ve gotten a lot more involved, I’ve taken on leadership roles and I’ve put my best foot forward as a future professional.”

Wagstaff, now a high school senior and in his second year of the running start program at WSU Tri-Cities, is well on his way of pursuing a degree in psychology. He takes on a full course-load while working as the student manager of the campus’ Hospitality Café, in addition to leading up other developments around campus.

Wagstaff and classmates Yesenia Alcaraz and Madison Stredwick founded the Queer and Allies Club, which provides resources and support for those who associate with and support the lesbian, gay, bisexual and transgender community. He is also a member of the psychology club on campus, which provides resources for students based in psychological methods, as well as networking connections and resources for students studying psychology. Additionally, Wagstaff has spoken as part of several student panels for various events, as well as serving as one of the speakers for the running start program’s one-year anniversary at WSU Tri-Cities last year.

“It has been a great platform to really develop myself as a professional,” he said. “Being a running start student, at first you have this perception that people will treat you differently as a high school student, but no one really knows that. I’ve had a really great experience with the program.”

Wagstaff said the professors take the time to get to know their students and provide every resource they can for ensuring students are successful and that they have every opportunity to develop their leadership potential. 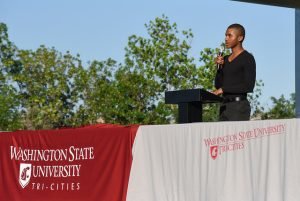 “The people here are like my number one thing,” he said. “The professors are all kind and accepting people. Working at the café, I have the flexibility and affordability to interact with my classmates and professors here on campus while on the job. I also get to go to all these cool events, meet new people and generally grow as a person in a mature environment.”

Wagstaff said the program, however, has rigorous standards that interested students must take into account. He said the program is geared towards students who are college-ready, with the academic and social skills to keep up with the rigorous college lifestyle.

“It’s a step up from regular high school classes, for sure,” he said. “I recommend it for students who are diligent, prepared and are performing at least a 3.5 grade-point average in high school.”

Looking toward the future, Wagstaff said he has already applied to WSU Tri-Cities as a possible choice for the remainder of his bachelor’s degree. His ultimate goal, he said, is to become a psychiatrist so that he can help a wide variety of people through medicine.