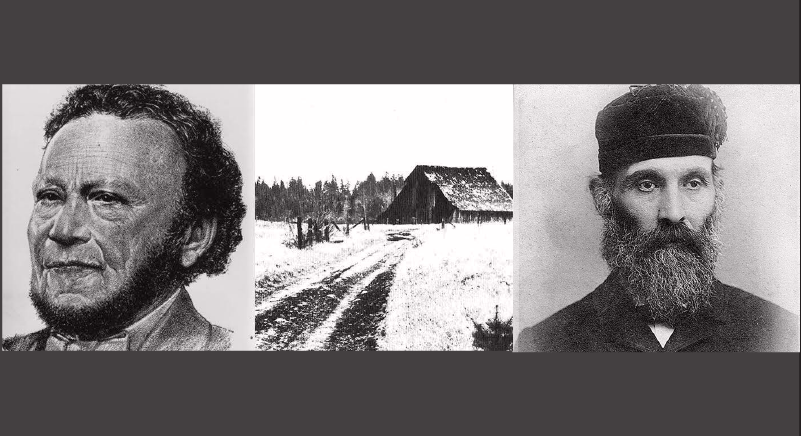 RICHLAND, Wash. – Washington State University Tri-Cities will celebrate Black History Month with the dedication of a new monument at 11 a.m. Feb. 15 on campus. The monument will commemorate George Bush, the first Black pioneer in Washington Territory, and his son William Owen Bush, who served in the first Washington State legislature.

The granite and bronze monument is a replica of the monument recently installed on Washington’s capital campus in Olympia and will be accompanied by an original homestead Bush butternut tree seedling that will be planted next fall.

The dedication will be held outdoors and is free and open to the public. COVID-19 guidelines and requirements will apply.

In 1844, George Bush and his wife Isabella began their journey from Missouri to Oregon across the Oregon Trail in hopes of escaping prejudice and discrimination. When the wagon train arrived in the Oregon Territory, they found a hostile environment for freed slaves and Black pioneers attempting to settle in the area. The party decided it would not settle in a place where Bush and his family weren’t welcome, so they traveled north of the Columbia River hoping to move beyond the reach of the area’s racist laws.

In 1845, Bush and his family established a prosperous farm in the area that is now Tumwater, Wash. It was the first non-Indigenous American settlement in the region.

Funded by state and local advocacy

In January 2021, WSU Tri-Cities was contacted by the Moores regarding the opportunity to install a replica of the Bush family monument on the WSU Tri-Cities campus. A tribute made possible by the Washington State Historical Society.

Vanessa Moore, a WSU Tri-Cities alumna said, “The installation of the Bush Monument on the WSU Tri-Cities campus is important to AACCES because it aligns with the organization’s mission to increase awareness of African American contributions to and participation in our community.”

“It’s a beautiful piece of history, a story we get to tell as a result of our relationship with Vanessa and Leonard Moore, ACCEES and our friends at the Washington State Historical Society,” said Haynes. “As the most diverse campus in the WSU system, the monument mirrors the many diverse communities we serve and showcases the Bush family’s enduring legacy at WSU.”