Radium in Pennsylvania – Miracle or Menace

Since the announcement of the Curies’ discovery of radium in late 1898, the scientific and medical community, as well as the public, has been fascinated with the potential use in treatment of disease and various medical conditions. Interest continues into current times in drama and literature. Sadly some of the early radium treatments were not grounded in scientific research, and would now be considered quack medicine. The early use of radium in various industrial applications is also noteworthy. This presentation will provide an overview of the Commonwealth of Pennsylvania’s history and experiences with sites involving radium, where the material was manufactured, stored, and used for various medical and industrial applications, including a few radioactive quack cures. From 1910 into the 1920s, some of the first commercial radium production facilities were located in PA.

In May of 1921, Marie Curie and her daughters visited the U.S. and toured the facilities in Pittsburgh that produced the gram of radium purchased by the women of America, and presented to Madam Curie by President Harding.  Around 1920 the use of radium in luminescent material for watches and aircraft gauges began in many locations, including PA. Effective use of radium in cancer therapy also began around this timeframe, with major radium source manufacturing operations being in Pittsburgh.  The production of radium shifted to Belgium and Canada in the 1930s, with significant advances in cancer therapy. During the ‘30s Herbert M. Parker made significant contributions to the radiation dosimetry of such therapy. Historically radium was used in various products, at numerous locations, from circa 1910 through (as recent as) 2005. The sites are often found with significant building(s) and local soil contaminated with radium. Beginning in the 1960s, as contaminated buildings and properties were discovered, the state would take the lead or become directly involved with federal clean-up efforts at such facilities. Regrettably, radium sources and their use were not well controlled or regulated through the years.  It was only with the passage of the Energy Policy Act in 2005 that NRC gained authority over discrete radium sources and related facility contamination. This was also a forcing function for regulatory uniformity at the state level. A few years ago the NRC directed one of their contractors to do an historical review of radium use in Agreement States and non-AS. The findings of these reviews were transmitted to each state. NRC conducted two ‘government-to-government’ webinars with the states in October 2016 to discuss outreach and the path forward in general. The Commonwealth was asked to present its experiences with radium contaminated sites. Of particular interest to the NRC, states, and property owners was the surface and volume contamination release criteria used for clean-ups, radon measurements, funding of clean-ups, waste disposal options, and public, property owner, and local government outreach and lessons-learned.

This presentation will review our past and ongoing efforts to address the radium contaminated sites in Pennsylvania. With all such sites and past work with radium, there is a concern of health effects with workers and members of the public. The presentation will also illustrate how the Commonwealth has led in this area, including the ongoing efforts to monitor and mitigate radon in buildings from natural occurring radium in soil, and a recent extensive evaluation of radium that returns with oil & gas production. From these many experiences, one might pose the question ‘is radium a miracle or a menace?’ The author will explain his thoughts, rationale, and conclusion for the answer. 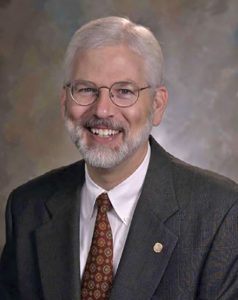 Mr. Allard is the State of Pennsylvania’s Director of the Bureau of Radiation Protection where he is responsible for accelerator, X-ray, environmental surveillance, nuclear safety, radiological emergency response, radioactive materials, decommissioning / site clean-up, low-level radioactive waste and radon programs. He is the Governor’s official liaison to the U.S. Nuclear Regulatory Commission, and the technical lead on oil & gas radium and industry-generated NORM/TENORM issues. Mr. Allard received an associate in applied science degree in Environmental Health Technology from Hudson Valley Community College, a bachelor of science degree in Environmental Sciences from SUNY Albany, and a master of science degree in Radiological Sciences & Protection from U Mass – Lowell’s Department of Applied Physics. He is certified by the American Board of Health Physics, a Fellow of the Health Physics Society (HPS), and has acted as the Conference of Radiation Control Program Directors’ (CRCPD) liaison to the National Council on Radiation Protection & Measurement (NCRP) for over 15 years. Dave has been in various leadership roles with the HPS and CRCPD; as a Director in both organizations, Treasurer of the HPS, and past Chairperson of the CRCPD. He is also a member of the AAPM, ANS, NRRPT and SNMMI. Mr. Allard also serves as a member or advisor on several national and international radiation protection committees. He has authored numerous professional papers and reports, and frequently lectures on a wide variety of radiation protection topics and concerns.

Have an event to add?
SUBMIT EVENT